Doctors’ strike is avoided by pact

Doctors’ strike is avoided by pact 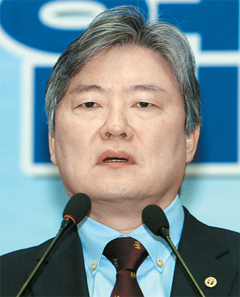 Roh Hwan-kyu, head of the Korean Medical Association, speaks at a press conference yesterday at the KMA office in Yongsan, Seoul. [NEWS1]

The government and doctors yesterday reached a tentative agreement on long-contested issues concerning the introduction of for-profit subsidiaries at large hospitals, a remote telemedicine system and working conditions for physicians, in a move that suspended a much-feared strike set for March 24.

At the heart of the controversy is a government proposal to adopt a remote medical treatment system. The government maintains that the system will facilitate treatment for those living in far-flung areas, while doctors say that it would only lead to confusion and haphazard practice in the medical sector.

Protesters also raised concerns that the remote system will only benefit large hospitals that can afford the expensive equipment necessary for its implementation.

Under the agreement, the Health Ministry and the Korean Medical Association agreed to test operate the telemedicine system for six months, after which it will be put up for vote at the National Assembly. Representatives of the doctors’ association will also be engaged in a discussion on how the pilot project should be administered.

This appears to be a step back for the government, which called for legalizing the system before imposing a test run.

Another point under dispute is a proposal that would allow hospitals to set up for-profit subsidiaries that would serve auxiliary functions, such as research and development, and as facilities for medial tourists.

The proposal, the government said, is intended to make Korea’s health care field more competitive, though the association has argued that it would only work as an incentive for medical centers to intensively pursue profit-making.

The two parties plan to form a consulting group tasked with monitoring the operation of for-profit subsidiaries in order to assure that running such facilities will not compromise medical services.

In regard to the doctors’ demands to raise medical fees, the two parties decided to set up a neutral commission where representatives for doctors and the government will gather to determine medical fees in instances in which the medical association and the National Health Insurance Service fail to reach an agreement.

Currently, the members of the commission tasked with determining medical costs after initial negotiations fail mainly consist of officials from state-run health agencies, which prompted physicians to cry foul.

Doctors have maintained that medical fees are too low and that they are considerably underpaid.

The agreement also touched upon maximum working conditions for doctors in training, wherein the government agreed to gradually reduce the current maximum of 88 hours per week - a number higher than in most other countries.

In Europe, for instance, maximum working hours per week cannot exceed 48 hours, while American doctors in training cannot work more than 80 hours under the law.

The government pledged to come up with specific punitive measures by May for medical centers that violate the new rules.

The Korean Medical Association, meanwhile, said that it is putting its scheduled strike on hold and asked its members to vote on the agreed-upon issues no later than March 20.

It added that it would decide on its positions based on the results of the vote.

However, many speculate that the doctors’ association would not resume its strike with government concessions yesterday.

The government voiced concerns before that the physicians’ second strike would cripple medical operations nationwide.

The second strike was expected to have a larger turnout than the first on March 10.