After 19-year gap, a heavenly homecoming for Lee Jang-ho

After 19-year gap, a heavenly homecoming for Lee Jang-ho 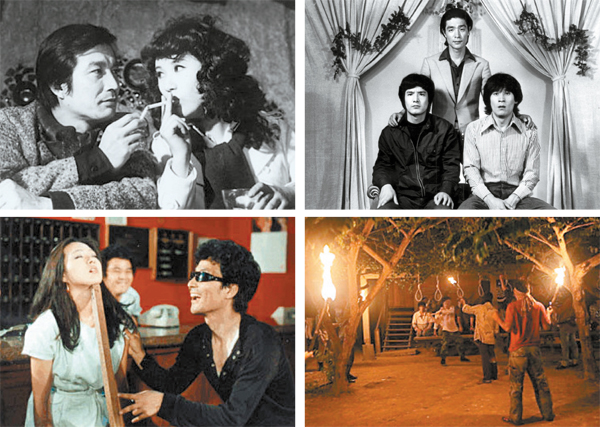 “Gyeong-a, it’s been a while since we lay together.”

This corny but memorable line comes from director Lee Jang-ho’s debut film “Heavenly Homecoming to Stars” (1974). The movie caused a considerable stir when it came out and made then-29-year-old Lee an instant celebrity.

At the time, the film attracted some 460,000 moviegoers to one theater in Seoul where it played for 105 days, an accomplishment no less impressive than the movies that attract more than 10 million people today. The movie came to represent the youth culture of the 1970s and many of the songs from the soundtrack, like Lee Jang-hee’s “I’ll Give Everything to You” and “A Cup of Memories,” are recognized as classics today.

Over his career, Lee made many important films, and three of them - “Heavenly Homecoming to Stars,” “Good Windy Day” and “Declaration of Idiots” - made the Korean Film Archive’s top 10 list of the best Korean movies of all time. The list was released in January.

No other director had more than one film in the top 10.

Celebrating his 40th anniversary as a movie director, Lee is ready to release a new film, “God’s Eye View,” on April 17. It’s his first movie in 19 years, since “Best Comedy of Our Lives” in 1995.

“God’s Eye View” seems quite different than much of Lee’s filmography because of its strong religious elements. Inspired by the 2007 incident when members from the Saemmul Community Church were abducted by the Taliban in Afghanistan, the movie talks about the vulnerability of people engaged in missionary work.

“I feel like I’m starting the second half of my life,” the 68-year-old director told the JoongAng Ilbo, an affiliate of the Korea JoongAng Daily. “It is my second debut film. But it was the first time I’ve considered the viewers as my primary concern when making a movie.”


Q. What was the hardest part of the past 19 years?

A. I grew immune to fame and honor. Since “Y’s Experience” 27 years ago, it has been a constant downturn for me. The golden era passed, and it was really painful. Every movie I made turned out to be a failure, and my house was sold in an auction. Going through this in front of my children was the hardest part.

What about your successful films in the past?

I am ashamed of most of them. I made those because either I was obsessed with money or the production company asked me to do it.

Are you denying the cinematic beliefs you had in the past?

In the past, I didn’t think about the viewers when I made movies, and now it feels like I messed with their souls.

When I first unveiled “God’s Eye View” last year at the Busan Film Festival, someone in the audience asked me, “What about those of us who have cherished your old movies?” and I was dumbstruck. I had nothing to say.

If someone enjoyed my past movies, like “Between the Knees” [1984] or “Eoh Wu-dong” [1985], I think they just wasted their time. And, as for me, I was just exploiting the public interest. 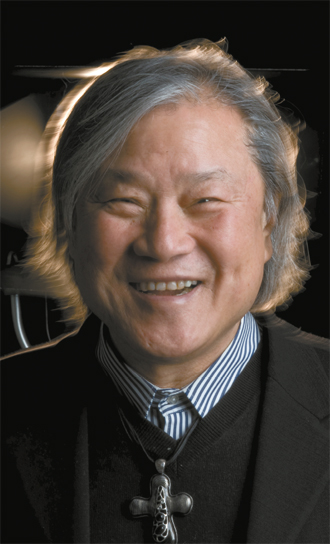 Veteran film director Lee Jang-ho celebrates 40 years since his debut. Now, after a 19-year break, he is back with a Christian-themed movie, “God’s Eye View.” By Kwon Hyeok-jae

After “Heavenly Homecoming to Stars,” I was banned from making movies for four years because of drug use. I sold my house and car, and moved to a monthly-rental house. And then I wondered, why haven’t the poor people been talked about in Korean movies?

That was the turning point, when I started to pay attention to the corruption and the poverty of Korean society that had been avoided in the movies during the military regime of the ’70s. I wanted to restore realism to Korean film.

The isolated people in “Heavenly” only appeared in regards to the sensual aspect of the film. I had no consciousness at the time.

How did your father, who was a film censor at the time, influence your life in the movie industry?

My father supported me when I said I would make movies. When [Charlie] Chaplin’s movies were banned from being screened just because he was a Socialist, I could watch them with my dad’s help. Also, he introduced me to the director Shin Sang-ok, who became my longtime mentor.

What are the differences between making movies in the ’70s and now?

Back then, everybody was an amateur, including me. The actors’ acting skills were so typical and there was no such thing as know-how. But now, people are so prepared and ready. The lead role [in “God’s Eye View”], Oh Kwang-rok, filled a whole notebook with his analysis of his character.

What are you trying to say in this Christian-themed movie, “God’s Eye View”?

There are some kinds of beauty that cannot be seen through human eyes, but only by God’s.

If we got past our physical restrictions, we would be able to see the beauty of souls. That is the theme of my movie.

Isn’t that quite a change?

Actually, the change has been going on for a while. When I remarried in 1996 and had a child, I realized that life was a gift from God. I went to church before, but there was a discrepancy between my real life and the one in church. I didn’t know about the sin I was committing. Four years ago, I became an elder in the church and built a little underground church near Mount Cheonggye.

You were friends with the late novelist Choi In-ho [the author of the novel “Heavenly Homecoming to the Stars”] for a long time. Who was Choi to you?

He saved my life. If it wasn’t for him, I would have been just a third-rate entertainer forever, or maybe an alcoholic.

If he was mature and clever, I was sensitive and reckless. There were times when I envied In-ho, but he got inspiration from me for his novels, too. I want to reply to his posthumous work, “Tears,” with my movies.

Are you going to make religious films in the future?

Yes. I intentionally chose to walk the narrow path. And I hope it can be a way to pay back audiences [who saw my earlier movies].