Baro to join ‘Infinite’ in Brazil

Baro to join ‘Infinite’ in Brazil 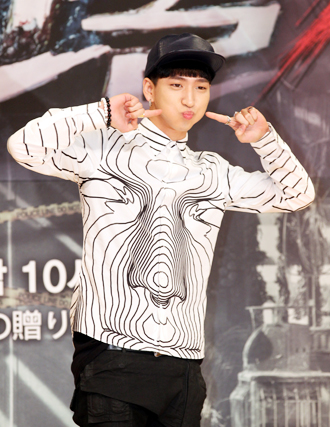 Baro, a member of K-pop boy band B1A4, will join the 2014 edition of the MBC entertainment show “Infinite Challenge,” the broadcaster has announced.

MBC said that the production team had an extensive talk with the 21-year-old singer, whose real name is Cha Sun-woo, about their coming edition of the program that will take place in Brazil.

“The seven hosts and Baro will head to Brazil in June to support the Korean national football team, which will be playing in the 20th World Cup,” said an MBC official through a press release yesterday. The broadcaster added that several other guests would be joining the team in Brazil.

Baro’s agency, WM Entertainment, noted that as soon as he finishes filming the SBS drama “God’s Gift: 14 Days,” he will join the entertainment show as a guest. However, WM said that it is still “unsure” about the plan to fly to Brazil in June.

In the meantime, “Infinite Challenge” announced a list of its projects for the year ahead, which includes racing in the 2014 Korea Speed Festival in Songdo, Incheon, in May.

Throughout its nine years, the MBC show has taken on a variety of challenges around the world. In 2009 it went to New York City to promote Korean food. And last month, the team went to Jamaica at the invitation of Jamaica’s Ministry of Tourism and Entertainment to participate in Reggae Month.