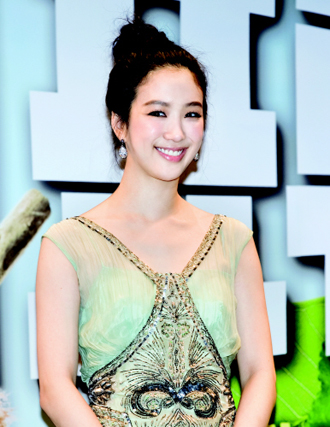 Actor Jung Ryeo-won will host a new reality audition series on the cable network StoryOn. But, contrary to existing audition programs, the new show will not focus on singers or rappers, but contemporary artists.

Titled “Art Star Korea,” the new reality show has incited some controversy, even before its start.

Many art critics noted that it is nonsensical to put artists on a time limit to make art pieces because it takes a long time to come up with high-quality, creative pieces. Some others also noted that the television industry is so immersed in profits that it is trying to drag down high art by commercializing it as mere entertainment.

However, with the first episode’s air date getting closer, many viewers are starting to show excitement over the new audition program, because it may offer them a chance to explore the world of contemporary art, often regarded as too intricate to understand.

StoryOn opened the application process for artists in October and has selected a final lineup comprised of 15 artists.

The winner of the show will be offered 100 million won, equivalent to $93,000, along with the chance to launch an individual exhibition at Gana Art Center in central Seoul.