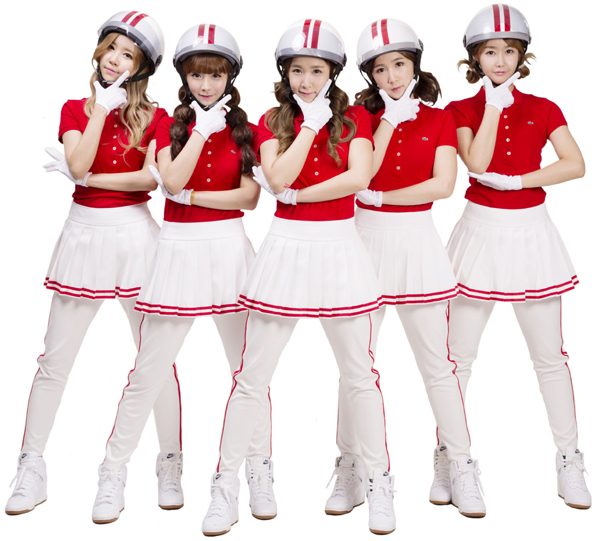 Crayon Pop is opening for Lady Gaga this summer, it was announced yesterday.

The five-member pop group, which had a big hit last year with the novelty song and video “Bar Bar Bar,” will perform as one of the opening acts from June 26 to July 22.

“I’m excited to announce June 26 through July 22 of Lady Gaga’s artRAVE: The Artpop Ball will be opened by CRAYON POP!” Gaga wrote on her Twitter account. She also included a link to the “Bar Bar Bar” music video.

Following Lady Gaga’s post, Chrome Entertainment, the label behind Crayon Pop, confirmed the news with an official announcement of their own.

“Just two years ago, Crayon Pop was performing guerilla concerts on the streets, and now they get to open stage for Gaga, at her direct invitation. We are so thrilled about it,” Chrome said.

The concerts will be part of the fourth tour for Lady Gaga - whose real name is Stefani Germanotta - aimed at promoting her third regular album “Artpop.”