A consensus on symbiotic growth

A consensus on symbiotic growth 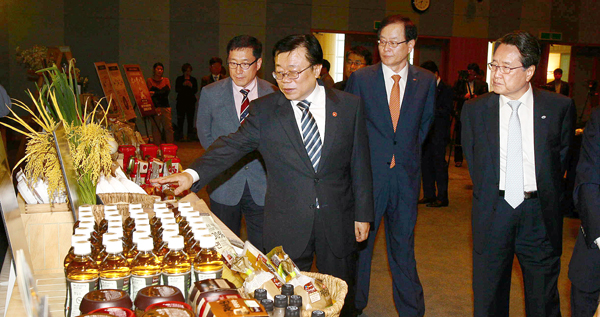 A significant change will take place in the U.S. economy next month. The change will come from banking regulations expected to boost U.S. economic recovery. The change stems from a request made by President Barack Obama of Paul Volcker, the former Federal Reserve chairman, to come up with reform proposals in order to minimize a possible recurrence of the financial crisis after the subprime mortgage crisis.

Known as the Volcker Rule, the reform proposals are intended to separate commercial banks and investment banks. The proposals would ban commercial banks from owning and trading stocks, corporate bonds, commodities and derivatives for its own account.

The United States is a symbol of the free-market economy, but the reform plan was approved with strong support from Congress in December last year. The measures, designed to create barriers between banking operations to protect small and medium-size banks in the financial industry, a key engine for the U.S. economy, shows the gravity of the problems associated with a polarized financial industry.

In the United States, social consensus was reached to adopt the reform plans for the country’s long-term advancement through legislative discussions and public debates for more than a year and half.

Lately, controversy flared over the National Commission for Corporate Partnership’s program to select business types that are suitable for midsize enterprises. The core of the controversy is that selecting certain business measures is an act above the law, and that only foreign companies will benefit from the regulation. Challengers to the program also argue that the customers’ right to choose and their interests were violated.

But the program started with a more serious problem - that small and medium companies are losing their chance for survival because of conglomerates’ unreasonable expansion of businesses and unfair business practices. In order to resolve this problem, the program was introduced after serious consideration. This is a product of social consensus and a plan for sustainable growth in which unhealthy business practices from the past are corrected and long-term development is sought.

From this perspective, the selection program for exclusive businesses for small and medium companies is a Korean-style Volcker Rule. While the Volcker Rule of the United States is a regulation approved by Congress, the commission’s program is a new, voluntary paradigm intended to resolve the wealth gap and find a new growth engine that can lead long-term, stable economic development.

The selection was made based on the agreements of society, and it is not above the law. While the Volcker Rule was established with the support of small and medium-size banks despite the opposition of banking giants, the commission’s program is a product of a mature social awareness that does not require the legislative process. It only comes with limited legal restrictions that will be used on cases that violate social consensus.

Some, meanwhile, have complained that the program encourages foreign enterprises to take over the domestic market by restricting Korean conglomerates from expanding their businesses. That, however, is not true and is an exaggeration. The commission has distributed factual data to dispute the claims and improve public understanding of the program. Constructive criticism will modify the system and help promote its intention, but distorted arguments will only hurt this healthy program.

*The author is the chairman of the National Commission for Corporate Partnership.