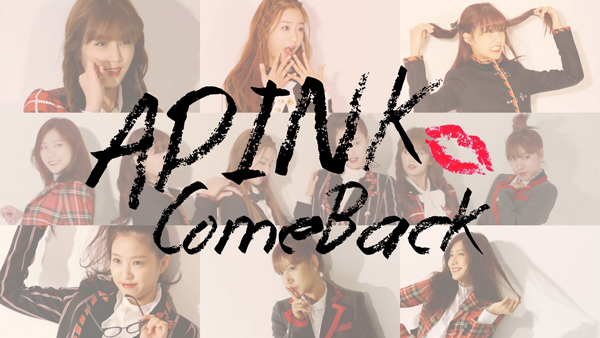 Korean girl group A Pink plans to make its comeback with a new mini-album, “Pink Blossom,” on March 31, said its agency A Cube Entertainment on Friday.

“Pink Blossom,” will be the fourth mini-album for the six-member group and will have six tracks, including “Mr. Chu” as its lead song. “Mr. Chu” is reportedly an upbeat dance track composed by renowned music producer Double Side Kick and written by female lyricist Seion. This is the second time Double Side Kick and A Pink have teamed up since the girls released their digital single “Good Morning Baby” in January, which celebrated 1,000 days since their debut.