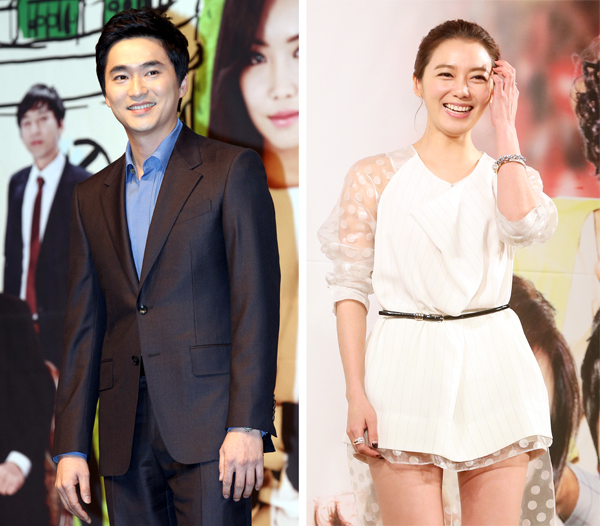 Actress Lee So-yeon, 33, yesterday denied rumors that she has been dating the 42-year-old actor Kim Seok-hoon.

Women Sense, a monthly magazine published by Seoul Media Group, reported in its April edition that Lee and Kim have been dating for a while, since co-starring in the recently concluded KBS drama “Ruby Ring” as a married couple.

According to the magazine, the two fictional lovers turned into a real-life couple after they discovered they had a lot in common, like outgoing personalities.

However, Lee’s agency, Star J Entertainment, denied the report. “We asked So-yeon about her relationship in the morning, and she just said Kim is a good colleague of hers.”

The agency added that “the long course of filming the drama might have made Lee and Kim become closer,” but it ruled out the possibility of them being in an exclusive relationship.

“They are only in a senior-junior relationship in the entertainment industry,” said Kim’s agency, Loen Entertainment, yesterday.

The news sparked the attention of the MBC reality show “We Got Married,” where Lee So-yeon had been presenting a fictional marriage with pianist Yoon Han until recently. When she left the show, her pianist partner remarked, “We both felt confused by the line between reality and fiction.”

Meanwhile, Lee So-yeon is appearing as a lead character in the JTBC weekend drama “Jang-guk, Who Became Dal-lae: Reunion in 12 Years.”