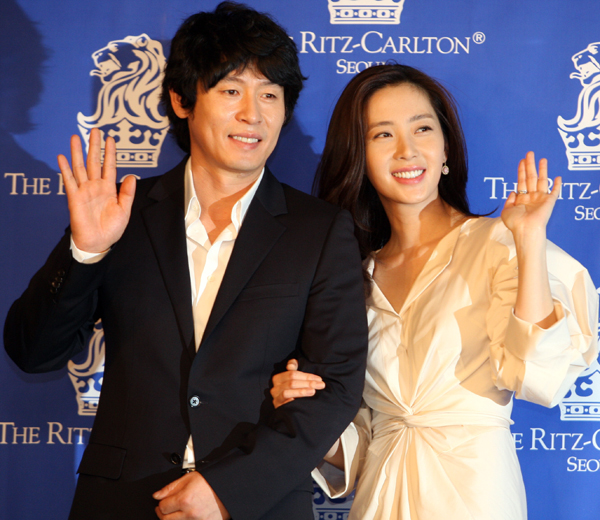 After suffering countless insults from people online over the past five years, actress Song Yun-ah took legal action against several of those defamers yesterday.

“Since Song married actor Seol Gyeong-gu in 2009, she faced some brutal remarks from Internet users, which often involved comments based on false information,” said Im Sang-hyeok, a lawyer at Shin & Kim, who is representing Song.

The online ire dates back to when Song and Seol revealed that they were planning on getting married in 2009.

Seol divorced his first wife in 2006 and started dating Song in late 2007, but some people theorized online that the two must have actually hooked up when Seol was still married and that she was the reason for the divorce.

On Friday, Song and her lawyer filed a defamation lawsuit against a wide range of netizens at Gangnam Police Precinct in southern Seoul. The suit reportedly focused on the individuals most active at insulting Song and her family, and additional defendants will be added as more evidence is gathered.

“As celebrities are exposed to the public attention, their behavior can sometimes be judged by the people. Nevertheless, accusing someone falsely and spreading such false rumor is illegal,” noted her lawyer.

“We hope people can understand how serious the situation is.”