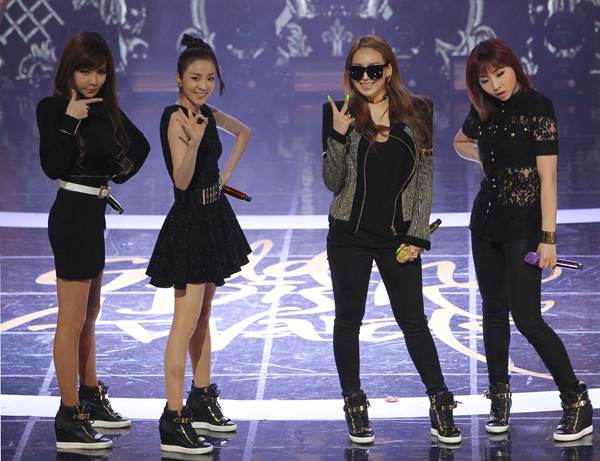 Girl group 2NE1 is set to make another appearance on a popular American reality program, this time on the final episode of season 21 of “America’s Next Top Model,” according to local reports yesterday.

The long-running model-audition program hosted by Tyra Banks is currently being filmed in Seoul.

“The program’s final runway show will take place on April 2 near Banpo Bridge, and 2NE1 was invited as guests,” one insider was quoted as saying. “They were invited because, as a top K-pop group, 2NE1 not only leads the music scene but also fashion in Korea.”

Each season of “America’s Next Top Model” is typically filmed in exotic locations around the world. This is the program’s first time in Korea.

Over the past two weeks, participants filmed five episodes of the program at various places around Seoul, including Gyeongbok Palace, Gwanghwamun Plaza, Seoul City Hall and Sinchon.

Last Saturday, the boy band BTOB caused a scene in Sinchon when they appeared as one of the judging panels and as dance coaches to teach some K-pop dance moves to the contestants.

2NE1 also appeared on an episode of “The Bachelor” in January.