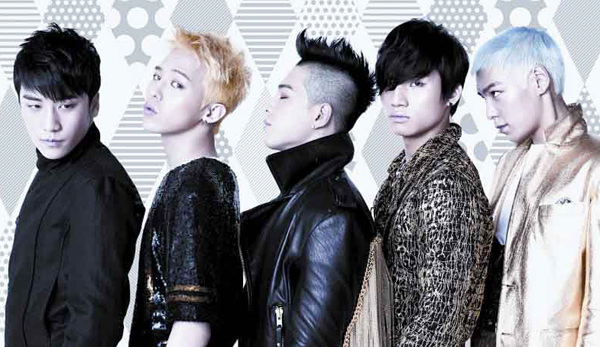 Big Bang’s Japan tour DVD ranked in No. 1 on Oricon’s weekly chart for DVD sales for the week ended March 23, according to local reports on Wednesday.

“We are happy that a lot of people wanted to enjoy our concert,” said the group’s leader, G-Dragon, reacting to the news.

“The six-dome tour was our first get-together in a long time, since we had been focusing on individual projects. It’s a performance that shows our group’s past, present and future,” he added.

In addition to live performances of 29 songs, the DVD also contains footage of rehearsals and interviews with the band’s individual members.

Meanwhile, Big Bang’s rapper, T.O.P, has announced that he will appear in “Tazza 2,” a long-awaited follow-up to the 2006 hit film about card sharks and grifters that is currently being filmed.