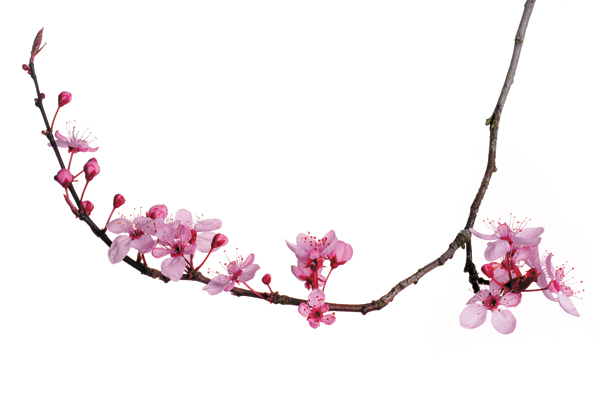 Busker Busker’s signature song “Cherry Blossom Ending” may be two years old now, but once again it has re-emerged on the country’s top 10 music charts, signaling the start of spring and the imminent arrival of everyone’s favorite spring flower.

Indeed, cherry blossoms have already started blooming on Jeju Island, and they will be heading toward Seoul over the next couple of weeks. According to the Korea Meteorological Administration, it takes about a week from the start of blooming for the flowers to fully emerge.

For Seoulites, walking around the famous Yunjungno Street on Yeouido, the island in the Han River, is one of the most popular ways to enjoy the cherry blossoms. But that means the area will be packed with thousands of others also out to enjoy the site.

For a change of pace, why not check out one of the many cherry blossom festivals going on around the country?

Although it takes a little more than four hours by bus to go from Seoul to Jinhae Gunhangjae Festival, held in Jinhae, South Gyeongsang, it’s worth it. As the country’s biggest, and probably the oldest, cherry blossom festival, Jinhae Gunhangjae offers a wide range of activities, topped off with “360,000 cherry blossom trees that will open in front of your eyes.”

The festival is always high on the list of destinations preferred by flower lovers. This year, its 52nd, the organizers said they feel especially proud because CNN picked the festival’s Yeojwacheon, one of its routes, as a must-visit cherry blossom attraction in Korea.

Officially kicking off tomorrow, the festival’s celebrations actually begin this evening at 6 p.m., at the main stage in Jungwon Rotary in the heart of Jinhae.

The festival ends on April 10.

At the festival visitors can enjoy not only “the beauty of cherry blossoms under daylight” but could also experience a “fantastic night view of the spots, decorated with lights and laser beams, as well as fireworks at Jinhaeru.”

The band march through the streets of Jinhae at different times and in different locations throughout the festival, so it’s best to check the schedule on the event’s website.

The firework show takes place in front of the beach on April 2, beginning at 8 p.m.

To get to the festival, take the bus from Seoul Express Bus Terminal bound for Changwon Bus Terminal. It takes about four hours and 10 minutes. For more information, call (055) 225-2341 or visit gunhang.changwon.go.kr.

Gyeongpodae Beach in Gangneung, Gangwon, is a famous attraction for summer swimmers. But Gyeongpodae is also notable for its excellent cherry blossoms.

Starting from April 14, the festival is known for its 4.3-kilometer, or 2.7-mile, walking path around Gyeongpo Lake.

In addition, there are a variety of cultural events and flower exhibitions held against the backdrop of cherry blossoms. As even the slightest breeze off the lake makes the trees move, creating a rain of delicate white blossoms, organizers boast that their festival is especially picturesque.

The festival ends on April 20.

To get to the festival, take a bus from Dong Seoul Bus Terminal bound for Gangneung Express Bus Terminal. It takes about two hours and 40 minutes. For more information, call (033) 640-5807 or visit www.gntour.go.kr.

Gyeonghwa Station, which is also known as Cherry Blossom Road, is the most famous spot for cherry blossoms in Jinhae, near Changwon, in South Gyeongsang. [JoongAng Ilbo]

In this historical city full of cultural heritage, spring is yet another season for visitors to enjoy. The city’s cherry blossom festival is held at three locations, including Bomun Lake Resort, Dongbu Historic Complex, and Heungmu Park and Geumjangdae.

While other parts of the country offer scenic views of cherry blossoms by lakes, rivers or mountains, Gyeongju Cherry Blossom Festival offers a different experience, promising visitors that they will be “mesmerized by the flowers balancing so well with historical buildings and atmosphere.”

Gyeongju also has many different events going on at the three locations. For example, at Bomun Lake Resort, there’s going to be musical performances, as well as a chance to walk along The King’s Road, where street vendors will be selling local agricultural products.

This festival takes place on the shores of Cheongpung Lake, an area filled not only with cherry blossoms but also many other spring flowers, such as forsythias and azaleas. The festival begins on April 11, and over its three days, visitors will be able to enjoy the sights and scents of spring at five different locations.

Cultural events going on here include concerts by school orchestras and popular trot singers like Nam Jin. In fact, because of all the concerts going on, this festival is perhaps better suited for older people who want to go for fresh air and cherry blossoms, rather than young couples or families with young children.

Yunjungno in Yeouido is visited by thousands of people when the cherry blossoms are in full bloom. This year, that will be around April 15.

What’s special about Jeju’s cherry blossom festival, which in the downtown area of Seogwipo City around Jeju Sport Complex, is that the flowers are king cherry blossoms, which have larger petals than ordinary cherry blossom petals, creating a more “luxuriant” look.

However, the king cherry blossoms only fully bloom for two to three days so it’s important to get the dates right. According to the Korea Meteorological Administration, Jeju Island’s cherry blossoms began to bloom on Thursday - but, as they take about a week to bloom fully, you still have time to go there if you hurry.

As Jeju itself is full of tourist attractions, including the famous Olle trails, the cherry festival here does not offer as many extra events as some festivals around Korea. However, there are going to be various walkathons during the festival, which runs April 4 to 6.

To get to the festival, you’ll have to take a domestic flight from Gimpo Airport. For more information, call (064) 728-2753 or visit www.jejusi.go.kr.