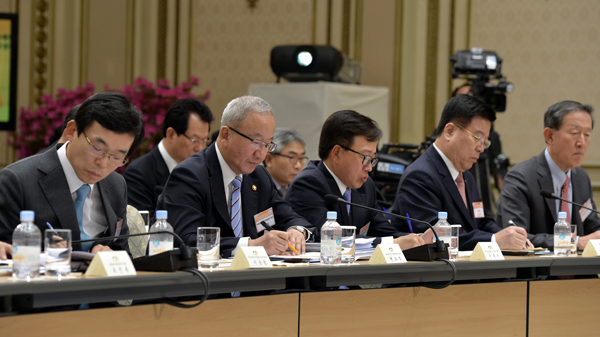 From July 31, 1998, it rained for three days at a record level, and 350 people died or went missing. The precipitation came down at a rate of 145 millimeters (5.7 inches) per hour - houses flooded and cars were swept away. Some civil organizations worked together to retrieve lost vehicles, but the cost for the rescue project was steep, and organizers asked car owners to pay between 50,000 won ($47) and 100,000 won - the minimum amount to cover the cost. However, about 90 percent of the people who had already found their cars didn’t send the money.

When I was a college student, I wrote about the case in my Introduction to Sociology notebook. At the end, the professor added a question, “Is it a matter of personal ethics?”

The president’s demand exerts great pressure in public offices. Mr. K, a high-level public servant who attended the conference presided over by the president, said, “We are pressured to present something visible. The president is the boss of my bosses, and when that directive is handed down the ladder, it becomes more powerful at every level.”

During the Roh Moo-hyun administration, “innovation” was the credo - as powerful as Park’s “deregulation.”

When President Roh emphasized that innovation was the only way to survive, the government created the “innovation mileage system” to evaluate civil servants. To earn miles, public servants wrote book reviews, posted replies on government policies and earned word-processing certifications. Some agencies measured innovation with a written exam. The meaning disappeared, and the word “innovation” itself became an objective.

“Regulations have double effects. It could be a loss to some and a gain to others. When you want to change a regulation, you should first review the background of its creation and who would benefit and lose from deregulation. You have to look at the history of regulations first,” Mr. K added.

After the localized torrential rainfall in 1998, individual cooking and camping on Mount Jiri was banned. The regulation spread around the country, and as time passed, it became so strict that building basic convenience facilities wasn’t permitted.

You may think Mr. K’s response is typical of a bureaucrat who’s afraid of changes. But now that we have begun discussing deregulation, there’s nothing to lose by thoroughly reviewing the effects and history. It would be even better if we study the significance and context of regulations simultaneously. If it is pushed aggressively only to produce a visible outcome, the current government is likely to end up with another innovation mileage system.

*The author is a national news editor of the JoongAng Ilbo.