Come up with alternative numbers

Come up with alternative numbers 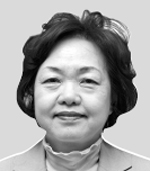 These days, my personal information is no longer mine. It has become public information. Even before closure came on the disastrous leak of personal information from credit card companies earlier this year, KT users faced another massive leak in which 12 million pieces of information, including resident identification numbers, was shared.

The endless repeat of the leaks is not just a problem of some companies’ poor cybersecurity measures. It reveals clearly that Korea’s legal system is too weak to protect the security of personal information.

When we subscribed to a mobile phone service, got a credit card and joined various services, we didn’t hesitate to provide our personal information, including resident identification numbers. But it is important to be aware that the data, collected excessively, can be poisonous. When companies cannot manage its security properly, collecting massive amounts of personal information becomes a crime.

When companies are fined for the leaks, only the government’s authority will be reinforced, while consumers will receive no compensation. It is also doubtful whether or not the government will actually hand down stern punishments based on its history of lukewarm measures.

In order to pressure a company to make a higher investment in its security, the burden of collecting personal information must be increased. Collective legal action can be a way to compensate victims of the leak while forcing companies to become more responsible.

Virtually all Koreans’ personal information has been leaked. Instead of trying to protect the already-leaked resident identification numbers, we need to change our paradigm. By 2100, the current numbering system will no longer be effective, so it already has a technical flaw.