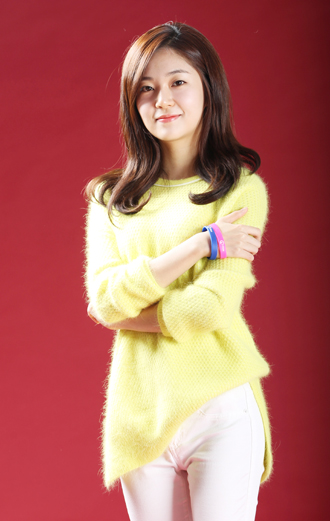 Actress Baek Jin-hee won’t be taking a vacation this season. MBC announced that they’ve cast the 24-year-old actress in the coming drama series “Triangle” as the girlfriend of Kim Jae-joong’s character.

The new drama, “Triangle,” will air in the same time slot as “Empress,” at prime time (10 p.m.) from Mondays to Tuesdays.

The drama depicts the tragic fate of three brothers who are separated from one other because of an accident their parents are involved in.

MBC said that Baek will play a character named Oh Jung-hee who makes a living by working as a casino dealer.

K-pop fans began to take notice of Baek Jin-hee and her role in the story when it was revealed that she would be engaged in a love triangle featuring Jae-joong from JYJ and Si-wan from ZE:A, both of whom have strong fan bases.

In the meantime, Baek is currently in New York City to film the new SBS entertainment show “Law of the City.”

“Triangle” will air sometime in the next month.