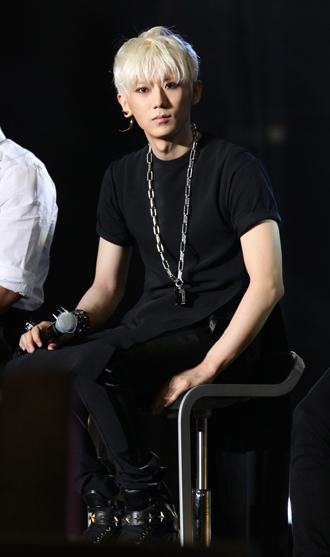 Jang Hyun-seung of the boy band Beast has been cast as the main male lead in the upcoming musical “Bonnie and Clyde,” according to local media reports yesterday.

“Bonnie and Clyde” is based on the true-life story of an infamous couple -- Bonnie Parker and Clyde Barrow -- who lived in the 1930s and committed a number of crimes, from theft to murder, during the Great Depression. The antics of the couple have been immortalized on stage many times.

This will be the second time for Jang to participate in a musical after appearing in the 2012 production “Mozart.”

“Bonnie and Clyde” will be performed at the BBC Art Center in southern Seoul from April 15 to June 29.