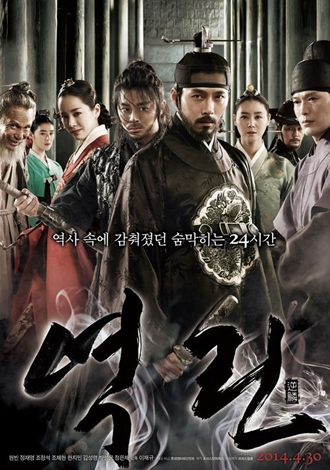 The Korean movie “The Fatal Encounter,” based on Jeongjo, the 22nd ruler of the Joseon Dynasty (1392-1910), and the power struggles of the royal family, will have its North American premiere next month, Lotte Entertainment announced yesterday.

“It will open on May 23 on about 25 screens in North America,” said the distributor. “The local distribution will be arranged by Dream West Pictures, which successfully opened other Korean films like ‘Secretly Greatly,’ ‘Face Reader’ and ‘Friend: The Great Legacy’ in North America.”

Dream West reportedly said it sees similarities between “The Fatal Encounter” and “Face Reader,” which is also a historical costume-drama and was popular with Western viewers.

The agency also added that it feels confident about director Lee Jae-kyoo and the cast, which includes Hyun Bin and Jung Jae-young.

“The Fatal Encounter” will open April 30 in Korea.