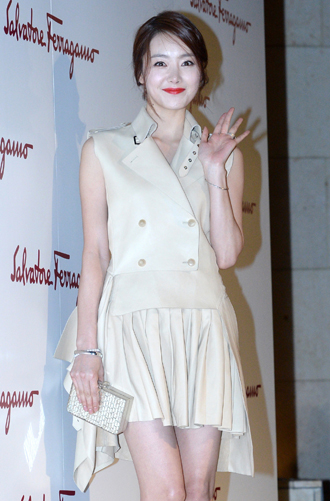 A month ago, actress So Yi-hyun a was rumored to be in a relationship with Kim Hyung-jun, one of the members of boy band SS501, but, actually, she is dating actor In Gyo-jin, according to local media yesterday.

Both agencies behind the two actors confirmed their relationship, saying: “The two just started dating. They have known each other for a long time as colleagues, and it’s only been less than a month their relationship developed.”

So and In were with the same agency when they debuted, so they reportedly became friends when taking acting lessons together. The two signed with different agencies later on but have stayed in contact since then.

The 29-year-old actress and the 33-year-old actor also appeared as a couple in JTBC’s 2010 drama “Happy Ending.”

So is currently starring in the SBS hit suspense drama “3 Days” as a double agent.