Drawing a selfish portrait of history

Drawing a selfish portrait of history 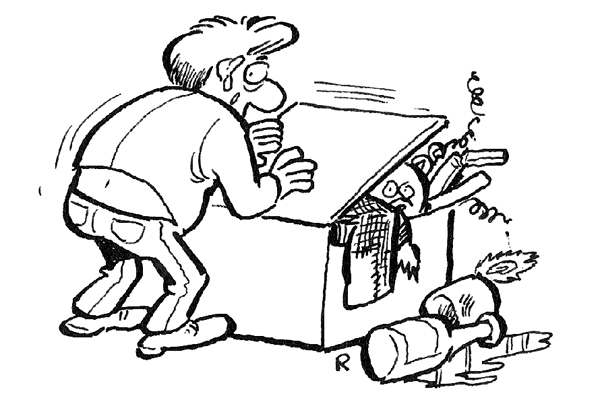 France has the “grand history” of Napoleon’s La Grande Nation and La Grande Armee, while the 1940-44 Nazi occupation is considered the most unbearable and disgraceful part of Western history. Under Nazi occupation, France was divided into two parts - one under the direct rule of Nazi Germany and the other under the Vichy regime headed by Philippe Petain. Soon, Vichy’s France became a Nazi puppet state.

However, immediately following Germany’s surrender, France’s parliament voted 569 to 80 to place Petain as the head of state. The Vichy regime was the only legitimate government until France’s liberation. On Aug. 26, 1944, Charles de Gaulle arrived in Paris with the Allied forces, welcomed by millions of Parisians. But only four months before, on April 26, Petain came to Paris and was also welcomed by thousands of people.

The history of occupation was strictly kept secret for 20 years after World War II. Instead, de Gaulle’s heroic leadership and resistance activists' courageous fights against the Nazis were celebrated for having brought liberation.

However, no French soldier participated in the Invasion of Normandy, one of the turning points in the war, and de Gaulle was ignored and ostracized by the Allied command when they were discussing the landing operation. Yet the history of France highlights the heroic struggle of the people of the Grand Nation during World War II and reduces its defeat, collaboration with the Nazis and condoning of Jewish persecution. Instead, it justifies them as survival mechanisms.

History must teach facts. All countries package their histories by highlighting certain parts and equivocating some parts for pride and national morale. France and Japan may not be much different. But it is a completely different issue whether the history is told by the victim or the abuser. While the story of the victim remains an internal matter, whether it is about an individual or a country, fabrication by the abuser can lead to serious problems for others.

For example, let’s say a child picked a fight with a peer and beat him up. If the victim hides his wounds and claims that he fought back, it is his way of dealing with the situation. People will have sympathy for him, and it is strictly his own problem. But when the bully claims that he did not beat up the other child and has done nothing wrong, it turns into a more serious matter. Germany has fought many times and has promised never to do it again. But Japan continues to claim that it has done nothing wrong. When the abuser is not willing to keep the record straight, only more trouble awaits.