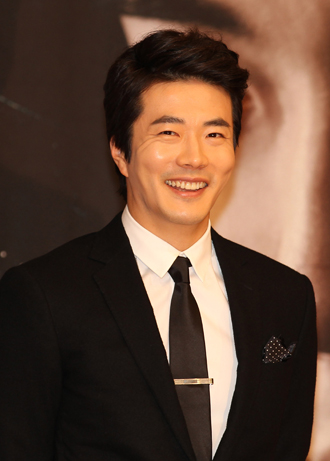 Actor Kwon Sang-woo, 38, announced that he will return to the big screen, taking on the role of a passionate detective. According to film industry insiders yesterday, Kwon has recently decided to star in the new film “Detective,” directed by Kim Jung-hoon, who also produced the 2010 romantic comedy “Petty Romance.”

Industry analysts showed considerable interest in the news, because the storyline was selected from an amateur script-writing contest held in 2006. Kwon is anticipated to star as a detective novel fanatic who later becomes embroiled in a real-life murder case.

The actor debuted in 2001 and rose to prominence in the 2003 SBS drama “Stairway to Heaven,” where he starred with Korean Wave pioneer Choi Ji-woo. He has since made a name for himself as one of the biggest heartthrobs in Korean entertainment. He married actress Son Tae-young in 2008.

Some pop culture analysts forecast that the upcoming film will be a turning point in Kwon’s career, with his heyday considered to have been in the early 2000s.

His 2011 film “Pain,” directed by Kwak Kyung-taek of the gangster film “Friend,” sold just 700,272 tickets at the box office, while the latest MBC drama “Medical Top Team” (2013) earned average viewer ratings of 5.5 percent, which is considered low for terrestrial television.

“Detective” is slated to hit theaters in July.