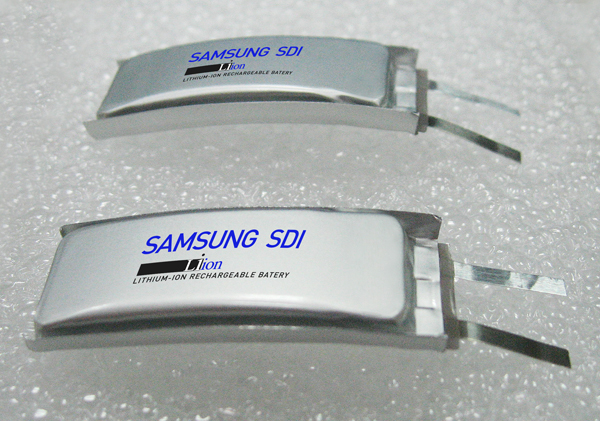 Samsung SDI’s curved battery has the largest capacity of 210 milliampere hours. Provided by the company

Samsung SDI, the world’s largest maker of smartphone batteries, said it has officially released a curved battery for wearable devices that has the longest life ever.

According to the Samsung Group affiliate, its 210 milliampere-hour model has five times the battery life of any other curved battery on the market. Samsung SDI said this battery was used in Samsung Electronics’ Gear Fit smart wristband that had its global launch last Friday.

Samsung SDI said the battery uses its “V-bending” technology, which allows it to reduce the size but enlarge the capacity.

The company said the battery plays an important role in the Gear Fit product, overcoming limitations of existing smartbands and allowing various functions users are familiar with from their smartphones.

“As the global smartband market is expected to rise sharply in the near future and since we are taking the first step in the industry, we will continue to put our best effort into becoming the No. 1 player in this field,” said Lee Kyung-sang, a company spokesman.

According to data from ABI Research, a New York-based tech research company, global demand for wearable devices is expected to be 487 million units in 2018, which is nearly 10 times higher than the 53 million units sold last year. For this year, ABI Research expects a market of 84 million units.

Industry insiders said that Samsung SDI and its rival LG Chem will be competing in the curved-battery market.