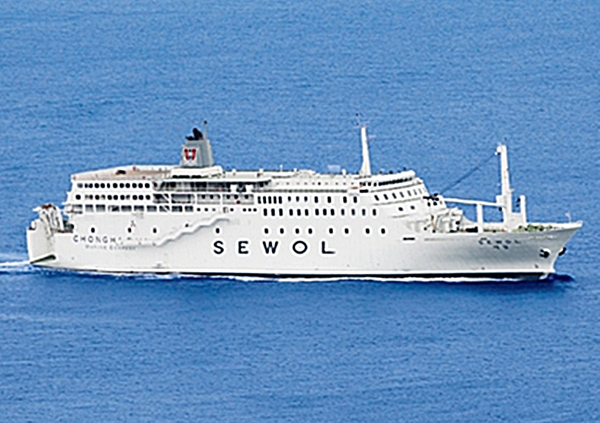 A joint investigating team of police and prosecutors raided the offices of Chonghaejin Marine Company yesterday, which owns and operates the capsized Sewol ferry, as knowledge of the company’s owners raised suspicions about its operations.

The investigating team in charge of finding the cause of the disaster searched the offices of seven ship companies looking for any evidence related to the incident.

Officials on the investigating team found 10 computer files and documents related to the Sewol ferry at the company’s Incheon office, while the Jeju District Attorney’s Office and police found no relevant documents in their search of Chonghaejin’s Jeju office.

“Employees of Chonghaejin Marine Company committed a grave sin. I am truly sorry for the bereaved families,” Kim Han-sik, president of Chonghaejin said yesterday, referring to the ship’s failure to comply with safety regulations.

While President Park Geun-hye and the prime minister visited the scene of the accident, the owners of the marine company have not appeared in public.

The owners, reported to be a 42-year-old surnamed Yoo and his brother have not responded at all to the ferry crisis. The two owners are sons of Yoo Byeong-eon, former CEO of the bankrupt Semo ferry cruise company, which operated boat trips on the Han River in Seoul until 1997.

Yoo Byeong-eon was an evangelical pastor in Korea and a member of a religious cult, making him a suspect in the cult’s 1987 mass suicide-murder.

On Aug. 29, 1987, the bound and gagged bodies of 33 people were found stacked in two piles in a factory in Yongin, Gyeonggi, about 50 miles south of Seoul, in what appeared to be a murder-suicide linked to the cult. It is still a mystery whether the 33 people committed suicide or were murdered.

Yoo was investigated by the authority as a possible head figure of the pseudo-Christian cult, and in 1992 he was sentenced to four years’ imprisonment on fraud charges related to the mass murder-suicide incident.

In 2009, Chonghaejin posted a 2 billion won ($1.9 million) operating profit, mainly from trips on the Incheon-Jeju route. But it has been suffering from poor performance in recent years, posting a 785 million won operating loss last year.

According to the Financial Supervisory Service, Chonghaejin is owned by Chonhaiji, which specializes in producing container ships, oil tankers, bulk carriers and LNG ships. Chonhaiji is owned by I-ONE-I Holdings.

The largest shareholders of I-ONE-I Holdings are Yoo Dae-kyun, the eldest son of Chonghaejin’s former Chairman Yoo Byeong-eon, and Yoo Hyuk-ki, his second son, who together hold 19.44 percent of shares.

Kim Hye-kyung, a 6.29 percent shareholder, is the wife of Yoo Byeong-eon. There are seven affiliates under I-ONE-I Holdings, including Chonghaejin Marine Company and Chonhaiji.