The pivot that wasn’t

The pivot that wasn’t 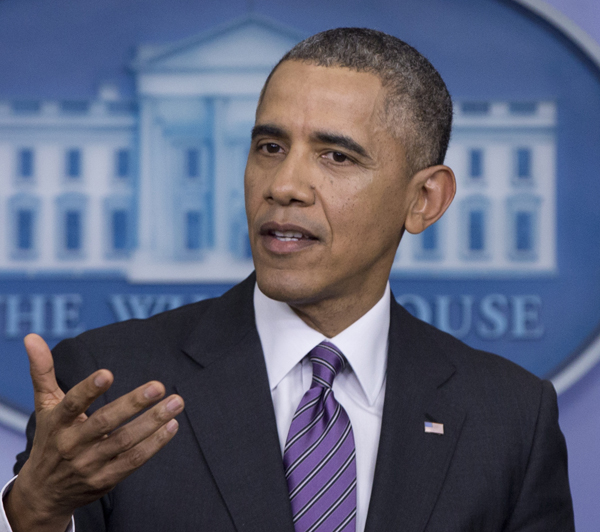 When he arrives in Korea next week on one leg of a tour of four Asian countries, U.S. President Barack Obama will be tested to see if he still is committed to the so-called Asia “pivot” policy Washington grandiosely announced two and a half years ago. After that passionate pledge, Asia should by now be the focal point of U.S. security and economic engagements and a main pillar of U.S. foreign policy. During his visit to Korea in February, State Secretary John Kerry reaffirmed the U.S. shift of attention toward the Asia-Pacific region in an attempt to reassure doubtful Asian allies.

But words and actions have been at odds with one another. Since World War II, no other top American foreign official has been as uninterested in Asian affairs as John Kerry. His overseas trips listed on the U.S. State Department web page underscore where Kerry’s interests primarily lie. Last year, Kerry spent 135 days in Europe and the Middle East and just 31 days in Asia. He flew to Jordan 10 times and devoted 36 days to trying to mediate peace between the Israelis and the Palestinians. Kerry’s preoccupation with Europe and the Middle East became even more obvious this year. He devoted 53 days in those areas and only nine days in Asia. His visit to Korea lasted a total of three days, but if you included his flight schedule, his stay actually lasted no more than 24 hours.

The U.S. media has criticized Washington for being obsessed with Middle Eastern peace while neglecting other highly important issues on the foreign affairs front, especially the rising power of Asia and the geopolitical tensions rapidly developing there. Although he apologized for the comment later, Israeli Defense Minister Moshe Yaalon bluntly attacked Kerry and the U.S.-led peace process for being “obsessive” and “messianic,” adding, “The only thing that might save us is if John Kerry wins the Nobel Prize and leaves us be.” The contrast is clear between Kerry and his predecessor, Hillary Clinton, who spent much time in this part of the world re-establishing U.S. influence and buttressing alliances.

Kerry’s boss is as distant from Asia as his foreign policy team. Obama hardly mentions Asia these days. South Korea, which featured several times in congressional addresses during his first term in office, disappeared beginning last year. Japan missed any mention, and China was only referred to twice. In a 2011 address, South Korea was mentioned seven times but just once in 2012.

The plans to rebalance U.S. priorities toward Asia and the Pacific through a military buildup cannot proceed because of sharp cuts in the U.S. defense budget. Last month, a senior Pentagon official said plans to pivot attention to Asia “can’t happen.” Katrina McFarland, assistant secretary of defense (acquisition), said, “Right now the pivot is being looked at again, because, candidly, it can’t happen.” She later backpedaled, saying that the “rebalance to Asia will continue.”

But the tide of global affairs directs the Obama administration’s attention more and more to the continent situated across the Atlantic from the U.S.

Russian President Vladimir Putin unabashedly showed his ambition to restore some of his country’s old glory through the annexation of Ukraine’s Crimea Peninsula. With limited options to contain Moscow, Washington inevitably has to seek stronger ties with its traditional European allies. Experts are advising that Washington’s attention should be pivoted to Europe now more than anywhere else.

Russia’s challenge to the West has not only cemented traditional security ties, it has also accelerated steps to create the world’s biggest trade bloc. Negotiations for the Transatlantic Trade and Investment Partnership, a proposed free trade agreement between the European Union and the United States, have picked up speed. Putin’s aggression brought the two global powers closer together. Under a shared economic framework, security and other alliances will inevitably become stronger. Once completed, the new free trade zone will represent 45 percent of global output, eclipsing the proposed U.S. pact with Asia-Pacific countries, the Trans-Pacific Partnership, which would represent 38 percent of world gross domestic product.

The economic and trade shift to the Atlantic could deal a blow to South Korea. The country currently enjoys an edge over other export rivals as it has separate free trade agreements with the United States and the European Union. Korea will lose all of its advantages in tariffs once the transatlantic free trade bloc takes effect.

It would be great if we could act cool about Washington breaking its promise and looking the other way. But we need Washington as long as Pyongyang insists it will primarily bargain over its nuclear weapons program with the U.S.

Seoul has wasted much of its recent diplomatic resources on wrangling with Tokyo over historical issues. It responded sensitively when Washington initially excluded Seoul in Obama’s Asian tour. If Obama had visited Japan and not South Korea, it wouldn’t have meant that the United States backs Japanese Prime Minister Shinzo Abe’s revisionist and jingoistic perspective of historical issues. Obama has been to Korea three times and Japan twice so far. Japan is ready to offer concessions in TPP talks timed with Obama’s visit. Seoul so far doesn’t have anything to impress Washington with. President Park Geun-hye would accomplish something big indeed if she could steer the U.S. president’s focus back to Korea and Asia.

*The author is a senior writer of the JoongAng Ilbo.