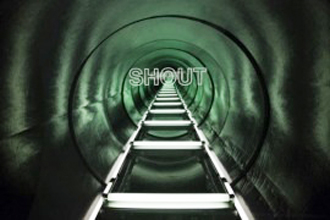 To Sunday: This is a solo show of Chilean artist Ivan Navarro. The 42-year-old artist presents 14 sculptures and installations mostly made of neon lights and mirrors.

Through the reflections, the repetition of neon lines gives the illusion of deep spaces - sometimes a continuing descent or ascension.

The mirrors look minimalist but they also have sociopolitical meanings, the gallery explained, as neon light represents both suppression and hope to the artist who grew up under Chile’s dictatorship.

To April 29: This is an exhibition of contemporary design products related to cuisine from Spain.

The exhibition consists of three sections: the Kitchen, the Table and the Food.

Some of the exhibits are traditional things reinvented with a modern touch. Porron pompero, a small glass attachment that fits directly into the mouth of a wine bottle, turns the bottle into a kind of porron, or traditional Spanish wine pitcher, which enables people to drink without a glass.

The simple citrus spray sticks directly into a lemon or lime and allows users to squeeze the handle and spray the fruit’s juice on whatever they are cooking.

To May 11: This is a solo show of 47-year-old Mexican artist Damian Ortega. The exhibition features his sculptures and installations, showing “his unique use of materials and ongoing interest in exploring the forces that shape our world,” the gallery said.

The artist is well known for often deconstructing commercial products into parts and hanging them in the air to create what looks like celestial bodies balanced under a cosmic power. 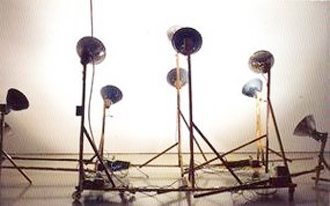 To June 1: This is a retrospective to commemorate the 10th year since Yiso Bahc passed away at the age of 47. He was a pioneering conceptual artist and art theorist, who introduced the concepts of postmodernism in the early 1990s in Korea.

The exhibition features Bahc’s irony-filled installation works, such as “Your Bright Future” (2002), which consists of 10 electric lamps whose lights are directed toward one spot on the gallery’s wall. The spot is too bright and nothing is seen but the light, like a vague vision of success.

Bahc said in a statement in 2000 that the act of making art is “to maneuver in reverse mode into the vast and limitless field of “gaps” among those already existing categories and meanings.”

To July 13: This is a retrospective of Shirin Neshat, 57, a New York-based Iranian artist and film director who largely uses photography and video to talk about the complicated conditions and identities of Muslim women around the world.

“Her work explores the political and social conditions of Iranian and Muslim culture, particularly focusing on gender and questions of power,” the museum said in a statement. 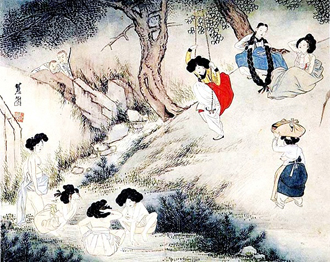 To Sept. 28: This is the first exhibition of the Kansong Art Museum’s collection outside the museum itself. Established in 1938, Kansong is Korea’s oldest private museum and previously only opened its doors to the public twice a year for a fortnight at its home in Seongbuk-dong, northern Seoul.

The 100 artifacts include Hunminjeongeum Haeryebon (National Treasure No. 70), a guide to the creation of Hangul, or the Korean alphabet. There are also 10 paintings from the Album of Genre Paintings by Joseon-era artist Shin Yun-bok (1758-?), which is part of National Treasure No. 135.

The exhibition opens each day at 10 a.m. On Tuesdays, Thursdays, Saturdays and Sundays it closes at 7 p.m., while on Wednesdays and Fridays it stays open until 9 p.m. The plaza is closed on Mondays. Go to the Dongdaemun History and Culture Park Station, subway line Nos. 2, 4 or 5, exit No. 1.