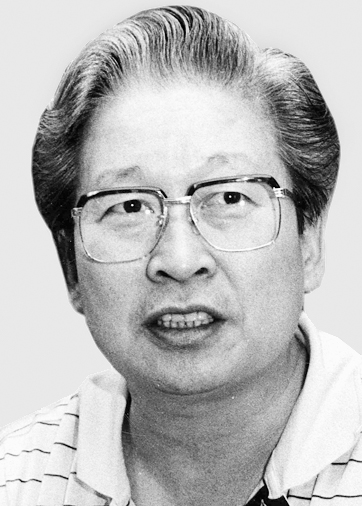 The owners of the capsized Sewol ferry are the two sons of former successful maritime businessman Yoo Byeong-eon, who was once an evangelical pastor in Korea and a member of a religious cult in the 1980s, according to a report by the country’s financial authority.

According to the prosecution, the three men are also suspected to have remodeled the Sewol ferry in order to load more cargo - a plan that they lobbied government officials for.

Prosecutors in Incheon launched a probe into the senior Yoo, the de facto owner of the Chonghaejin Marine Company, the operator of the doomed ferry, and his two sons on suspicions of tax evasion. The Sewol capsized off the southern coast on April 16 while carrying 476 passengers. The accident, perhaps the nation’s deadliest maritime disaster, has so far left 113 dead and more than 189 missing. The two owners have not responded to the ferry crisis.

“One of the important tasks for the prosecution is compensating the victims,” said an official at the Incheon Prosecutors’ Office. “If Chonghaejin Marine, which we assume had poor management, can’t compensate the victims’ bereaved families, we will ask Yoo’s family to take responsibility for it.”

According to the Financial Supervisory Service, the major shareholders of the Chonghaejin Marine, the official owner of the Sewol ferry, are the two sons of Yoo Byeong-eon, the former chairman of the Semo Group, a large ferry and cruise operator that operated boat trips on the Han River in Seoul until it went bankrupt in 1997.

The FSS audit reports on domestic companies show that the Chonghaejin has two major shareholders: 39.4 percent of its shares belong to Chonhaeji, which specializes in producing container ships, oil tankers, bulk carriers and LNG ships, while 7.1 percent is owned by I-One-I Holdings, a business consulting company based in Seoul.

The major shareholder of the Chonhaeji is also I-One-I holdings, which holds 42.8 percent of its stocks.

Yoo Dae-gyun and Yoo Hyeok-gi, the former chairman’s sons, are the major shareholders of I-One-I Holdings. Each holds 19.44 percent of the company’s stocks, or nearly 40 percent combined, the FSS report said.

During the 1980s, the senior Yoo was also a member of the religious cult Odaeyang, making him a suspect in the cult’s 1987 mass suicide-murder.

On Aug. 29, 1987, the bound and gagged bodies of more than 30 people were found stacked in two piles in a factory in Yongin, Gyeonggi, about 50 miles (80 kilometers) south of Seoul, in what appeared to be a murder-suicide linked to the cult. It is still a mystery whether the members committed suicide or were murdered.

Yoo was investigated by the authorities as a possible head figure of the pseudo-Christian cult, and in 1992 he was sentenced to four years in prison on fraud charges related to the incident. However, he was acquitted for his alleged involvement in the murder-suicide.

Yoo’s Semo Group was successful in the 1980s under the Chun Doo Hwan regime, and he drew public attention in 1986 by winning the bid to operate the private cruise business on the Han River.

In 1999, Chonghaejin Marine was established and took over the assets from Semo Group. Though it was chaired by someone else, it was effectively owned by Yoo’s family.

The operator usually runs ferries between Incheon and Jeju.

In 2009, Chonghaejin posted a 2 billion won ($1.9 million) operating profit, mainly from trips on the Incheon-Jeju route. But it has been suffering from poor performance in recent years, posting a 785 million won operating loss last year, amid a sluggish maritime economy.

According to the prosecution, Yoo’s assets reach approximately 560 billion won, and about half of his assets are debts.