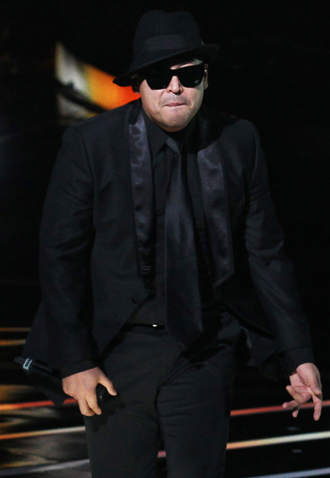 Rapper Gil from the hip hop group Leessang is facing heavy criticism from the public after getting caught for drunken driving yesterday morning.

The 36-year-old performer, whose real name is Gil Sung-joon, was reportedly caught driving while intoxicated in Hapjeong-dong, Mapo District, western Seoul. Mapo Police Precinct told the reporters “Gil drove while drunk for about 500 meters [1,640 feet], but no accidents happened.”

Gil’s driving license was revoked as a result.

Soon after the news broke, Gil and his agency, Leessang Company, announced an official apology. “Gil is deeply remorseful right now and has no excuses,” said the statement. “We are truly sorry for making such a controversy and disappointing the fans.”

With the national mood still grim in the wake of the Sewol ferry disaster, the response to Gil’s action was especially strong.

Later in the day, the production team of the MBC variety show “Infinite Challenge,” where Gil has been a regular host since 2009, announced that he will resign from the show.

“While the whole country is in deep sorrow and feels terrible, we are sorry to deliver the troublesome news,” said the production team.

“Gil said he wants to drop out of the program to have time for self-reflection and we accepted it. In the near future, we won’t add any additional members and will run the show with six hosts.”