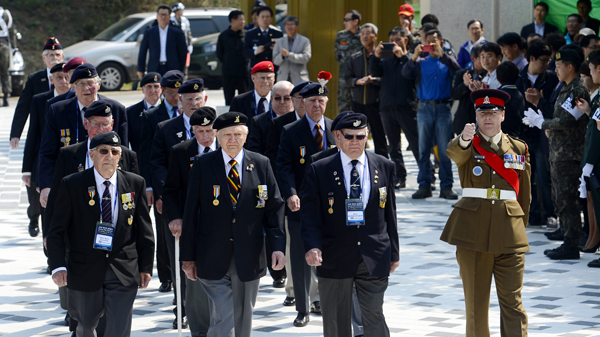 British veterans who fought in the 1950-53 Korean War under the UN flag march in the unveiling ceremony of a monument yesterday in Seolmari, Paju, Gyeonggi. The Ministry of Patriots and Veterans Affairs and the Paju city government built a memorial park for fallen British soldiers. [NEWS1]