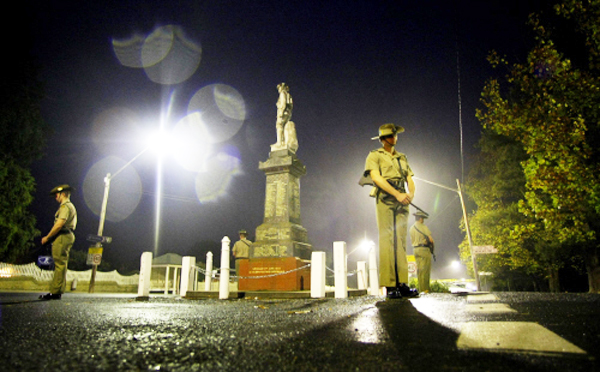 The Gallipoli Campaign is a sensitive part of World War I history for Great Britain. It was the most crushing defeat suffered by the Allies. The Gallipoli Peninsula is located on the western bank of the Dardanelles Strait connecting the Mediterranean Sea and the Black Sea. As the Western Front faced a stalemate, the Allied Powers formed a plan to occupy the Gallipoli Peninsula to connect with Russia through the Black Sea, and an extensive landing operation began on April 25, 1915. Winston Churchill, then in his 40s and the First Lord of the Admiralty of Great Britain, commanded the operation.

Anzac, the Australian and New Zealand Army Corps, also participated in the operation because of their colonial ties to Great Britain. More than one million troops were involved in the battle, which resulted in more than 100,000 deaths and over 250,000 injured. It was a devastating battle. The operation failed because it was faced with the resolute defense of Turkish forces, and the Allied Forces withdrew completely the following February.

Churchill was held accountable for the failure and was demoted, and the British Secretary of State for War, Lord Herbert Kitchener, was disgraced as an incompetent commander. One of the commanders of the Turkish forces was Mustafa Kemal Pasha, who established the Republic of Turkey and became revered as Ataturk, meaning “Father of the Turks.”

In the battle, more than 10,000 Australian and New Zealand soldiers died and 60,000 were injured. Anzac suffered serious casualties: one in five troops was killed, and half were injured. When Australia and New Zealand learned of the casualties, both countries were stirred. The public was furious that precious young lives were taken in Europe just because the two countries were former colonies. They no longer wished to be involved in the war led by Great Britain, and both countries were desperate to be born again as independent states, not just in form but in substance.

The sacrifice in Gallipoli reminded the Australians and the New Zealanders of their identities and led them to reinvent themselves as full-fledged independent countries. Both countries designated April 25, the day of the Gallipoli operation, as Anzac Day. The national day honors those who served and died in war and reaffirms the national identity of Australia and New Zealand.

Earlier this month, a free trade agreement was signed between Korea and Australia. Australia has become closer to us. Just as Anzac Day commemorates the tremendous sacrifice made in the failed military operation, we could designate April 16 as a memorial day for the victims of the Sewol ferry. We need to reaffirm national safety measures and remember those who have been sacrificed due to negligence.