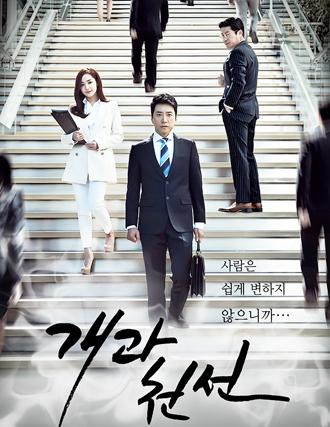 Joining the couple is veteran actor Kim Sang-jung, who has been active in a number of thriller drama series over the past few years, including “City Hunter” (2011) and “The Chaser” (2012), where he played characters who straddled the line between good and evil.

According to the last month’s interview with local media, the broadcaster said that “Repentance” would not merely highlight the romantic relationship of the characters, but focus more on complex legal battles and power struggles inside the law firm.

Screenwriter Choi Hee-ra, of the 2012 medical drama “Golden Time,” and producer Park Jae-bum, of “Missing You” (2012), lead the production team.