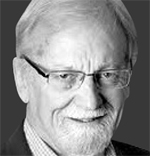 MELBOURNE, Australia - The harrowing mystery of Malaysia Airlines Flight 370, which disappeared on March 8 with 239 people aboard, may be at least partly resolved within a matter of days. Underwater search vehicles are homing in on an area just a few kilometers wide in the vastness of the southern Indian Ocean, some 2,000 kilometers (1,242 miles) northwest of Perth.

This is where the Boeing 777-200 is likely to have run out of fuel and crashed, according to the analysis by the UK company Inmarsat and British aviation experts of hourly signals sent automatically from the aircraft to Inmarsat’s orbiting space vehicle. More promising still, it is where signals, assumed to have come from the locator beacons attached to the aircraft’s “black box” flight recorders, were picked up on April 5 and over the following days by an American “pinger locator” being towed by an Australian navy vessel, the Ocean Shield.

The Australian defense authorities now coordinating the search still say that to discover wreckage probably lying 4.5 kilometers deep, on so remote a seabed, will be like “finding a needle in a haystack.” And any subsequent recovery operation will obviously still be a huge challenge. But officials are confident that they have at least found the haystack.

During the early days of the search, almost everything that could go wrong did - from overlooked or misunderstood data to poor communication and uncoordinated and misallocated resources - as attention remained focused on the aircraft’s scheduled route from Kuala Lumpur to Beijing. And there were huge frustrations even when the search shifted to the Indian Ocean, as massive naval and air resources failed to find any trace of relevant surface debris.

But, whatever the past frustrations, and possibly even bigger disappointments yet to come, the bigger and much more significant story of the search for MH370 is what has gone right. Simply put, it has been a magnificent demonstration of how response to human tragedy can unite rather than divide, reinforcing the impulse to cooperate rather than confront.

And it has testified to the good sense of those who have been arguing for years, in a variety of Asian and wider global contexts, that maritime search, rescue, and disaster relief is an ideal place to start in creating confidence building mechanisms aimed at laying the foundations for conflict prevention and resolution.

The search has involved unprecedented international cooperation, first in the South China Sea and then in the Indian Ocean, from a total of 26 countries. What is extraordinary is that many of these countries (like China, Japan, the Philippines, Malaysia, South Korea, and Vietnam) have been at one another’s throats over territorial and other disputes, while others (not least China and the U.S.) are abidingly suspicious of each other’s geopolitical motives and intentions.

Australia’s close cooperation throughout the search with China - whose citizens comprised nearly two-thirds of those aboard the ill-fated flight, and whose naval and air resources have been unceasingly devoted to the common effort - has borne immediate fruit: a highly successful visit earlier this month by Prime Minister Tony Abbott. An important trade deal advanced, and no issue was made of the new Abbott government’s embarrassingly fulsome embrace of U.S. leadership in the region, and its rookie mistake in describing Japan as “our best friend in Asia” (the right formula in these cases being “We have no better friend than .?.?.”).

It’s a reach, but tempting, to suggest that Australia’s long-term security might even be better guaranteed by spending a few million dollars on towed pinger locators and unmanned Bluefin-21 mini-submarines, with their sonars and cameras, and some serious naval infrastructure to support them, rather than the $20 billion to 40 billion currently being contemplated to renew and extend Australia’s aging combat-submarine fleet.

It is not quite as naive as it may seem to think that the peace and security of the whole Indo-Pacific region, not to mention other equally volatile parts of the world, might be better advanced by devoting far more resources and effort to common security strategies rather than traditional military ones. Finding security with others, rather than against them, and concentrating on cooperative approaches to achieving global and regional public goods, seems more productive than giving free rein to crude nationalist sentiment and planning ever more sophisticated and expensive ways to destroy one another.

The search for MH370 has shown in microcosm how much there is to be gained through peaceful cooperation. It should also help focus our attention on just how much there is to be lost in today’s world - a world that is far more interdependent than the one that exploded in 1914 - if we fail to apply these lessons to our broader international relationships. The world is a much safer and saner place when states search for and find common ground on which to work together.

*The author, Australia’s foreign minister from 1988 to 1996, and president of the International Crisis Group from 2000 to 2009, is chancellor of The Australian National University.