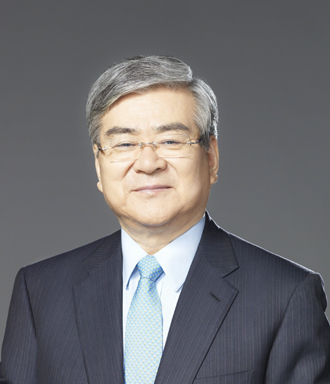 Cho Yang-ho, chairman of Hanjin Group, was made CEO of Hanjin Shipping yesterday as he pushes for the nation’s ninth-largest conglomerate to become a global logistics-specialized group.

Hanjin Shipping, Korea’s largest maritime shipper, which is currently suffering from a liquidity crunch, held a board meeting and a shareholder’s meeting to approve Cho’s appointment and the separation of Hanjin Shipping and Hanjin Shipping Holdings.

Cho is also the CEO of Korean Air Lines (KAL), the nation’s largest air carrier, and the ground shipper Hanjin Corporation. Hanjin Shipping was previously managed by his younger brother Cho Soo-ho from 2003 to 2006. When the younger Cho died in 2006, his wife Choi Eun-young took control of the company.

But after Hanjin Shipping’s business deteriorated following the global financial crisis in 2008, Choi went to her brother-in-law Cho for help last year. The company’s debt ratio is still at more than 1,000 percent.

In exchange for cash support, Cho asked for her to step aside and let him manage the shipper. Through its core affiliate KAL, Hanjin Group provided 250 billion won ($242 million) to Hanjin Shipping and will give an additional 400 billion won through Hanjin Shipping’s capital increase this year, Cho said.

“As we stick to an ongoing normalization plan and maximize the benefits of being an affiliate of Hanjin Group, the company will rise again as the best maritime shipper,” he said in his inauguration speech.

Choi will stay at Hanjin Shipping Holdings after the two companies are separated on June 1.