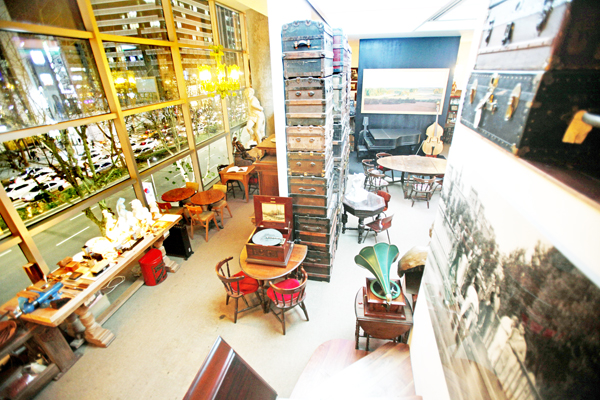 A look inside the posh restaurant Monte Cristo in the affluent section of Yeoksam-dong in southern Seoul reveals a number of sculptures and paintings, all imported from Europe. It feels more like a museum than a restaurant with duplicates of Michelangelo’s “Slaves” and his “Tomb of Giuliano de’ Medici” on display when the JoongAng Ilbo visited on Thursday.

The richly decorated restaurant is co-owned by Yoo Dae-gyun, 44, the first son of the sketchy and highly mysterious businessman Yoo Byung-eun, the de facto owner of Chonghaejin Marine, the company that operated the sunken ferry Sewol. Yoo’s two sons are registered as the majority owners of Chonghaejin and its holding company.

Another businessman named Kim Chan-sik, 59, co-owns the Monte Cristo. Kim serves as a board member of the companies owned by the Yoo family.

Prosecutors looking into the business practices of the Yoo family have pointed to the restaurant as providing a glimpse into the family’s extravagant lifestyle. The restaurant featured a grand piano and a pipe organ, both shipped from Britain. A sculpture and painted portrait of the 44-year-old son Dae-gyun were also seen.

The restaurant is also a place where high-ranking officials of Chonghaejin’s affiliates and the Yoo family gathered. According to the JoongAng Ilbo, high-profile political, social and entertainment figures were guests at parties hosted by the first son at the Monte Cristo. They bragged about their conspicuous consumption overseas at the parties.

“Yoo [the first son] bought a whole country village in Canada and did its landscape design by driving around in a fork truck,” a frequent party guest who didn’t want to be identified told the JoongAng Ilbo.

Yoo’s second son, Hyeok-gi, is also known for enjoying an extravagant lifestyle. Hyeok-gi, who owns a branch of the premium chocolate store Debauve & Gallais in New York, has a residence that is 40,000 square meters (9.8 acres) in New York, worth nearly $20 million.

Prosecutors are now digging into the wealth of the Yoos to see if shady practices that doomed the Sewol account for the riches.

Following raids on April 23, prosecutors revealed that patriarch Yoo and his two sons, who are in charge of running and overseeing the ferry operator, allegedly registered their companies’ trademarks and charged royalty payments to Chonghaejin and its subsidiaries for using the names.

Because of its distressed finances, the operator is suspected of pursuing maximum profitability at the expense of passengers’ safety by overloading freight and redesigning the ferry to accommodate as many passengers as possible.