Knox gets tougher in version 2.0

Knox gets tougher in version 2.0 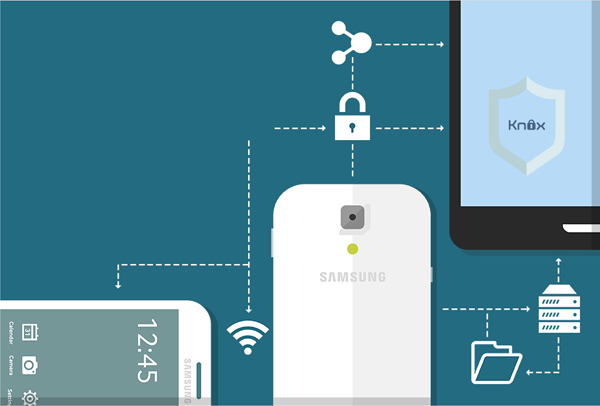 Samsung Electronics yesterday released the upgraded version of its in-house mobile security platform Knox 2.0 to its Galaxy S5 smartphone as part of efforts to make inroads in the business-to-business market.

The solution enables employees to securely access and work with sensitive data on their personal devices by having two separate interfaces, one for personal use and one for work. The interfaces use different encryptions. From an employer’s point of view, the security solution is designed to protect business information from being leaked through methods like cyberattacks.

According to Samsung in February, there were about 7,000 devices being activated with the Knox system daily in the five months after its release.

“As a result of this rapid adoption, we needed to develop the Samsung Knox platform to directly address the ever-changing needs of enterprise systems as we demonstrate our commitment to protect and respond to future enterprise mobility and security challenges,” said J.K. Shin, president and CEO of Samsung Electronics’ IT and Mobile Communications Division.

Samsung made corporate customers’ access easier by enabling each company’s IT manager to control and monitor activities of each smartphone on the Internet-based cloud environment, giving more autonomy and wider access.

The managers also can easily authenticate a smart device in the cloud. If a company needs to purchase more Knox-only applications and service packages, it can do so in a virtual marketplace.

Samsung said the 2.0 platform boosts security by storing the smartphone owner’s self-authentication information, collected via the government-run authentication certificate, and passcodes in the device’s hardware. The first Knox stored them in memory chips was more vulnerable to information breaches in the event of users losing their devices and cyberattacks.

The new version also double-checks the identification of the person trying to access the corporate information by requesting passwords and fingerprints, a function that Samsung first rolled out with the Galaxy S5.

From now on, any applications can be used in Knox 2.0 as long as they are activated by the company’s security manager. In Knox 1.0, only those apps expressly converted for the Knox platform were compatible.

However, employers do not have to sweat over charges for heavy data network usage because the platform separately counts usage in each of the two interfaces - business and personal - and the charges come through on separate phone bills.

The new system was introduced at the Mobile World Congress at the end of February.

A few days later, it obtained a certificate from the U.S. National Information Assurance Partnership recognizing its stability in about 80 security requirements, including passwords, Wi-Fi and screen lock. Samsung was joined by Apple, Blackberry and Motorola in drafting the certification, which is now valid in the United States, Canada, the United Kingdom, Germany, Japan and 21 other countries.