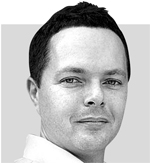 Earlier this week, for the third time in two months, passengers at a Chinese railway station were victims of a knife attack. Officials and state news media were quick to label the first two incidents - which took place in March and April - terror strikes. The merest suggestions from outsiders (especially foreign media) that they might have been anything else were angrily denounced.

Yet, curiously, 24 hours after this most recent attack in downtown Guangzhou, the government had yet to blame it on Muslim Uighur extremists, as it had the earlier ones, or on any other group. The reluctance may be due to the fact that there appears to have been only one assailant. (The previous two attacks involved several individuals.) Was he a lone wolf engaged in a perverse copycat crime? Or was he, too, a “religious extremist” connected to a broader cause? Without more details, it’s hard to know what to make of the incident and how worried ordinary Chinese should be.

Unfortunately, transparency isn’t high on the list of priorities for most Chinese officials, especially when dealing with domestic security matters. As a result, the public is woefully under-informed and paranoid about who’s responsible for targeting the country’s train stations and why - not to mention whether their government is capable of keeping them safe.

This would be bad enough if the authorities were projecting a confident, unworried face to the public. But even as officials keep details of the investigation under wraps, they’re making a very public effort to ramp up security and antiterrorism measures. Meanwhile, on Wednesday law-enforcement organizations across China were using their Sina Weibo microblogging accounts to spread a list of measures issued by the Beijing Public Security Bureau, designed to protect against violence in public spaces. Some of those agencies specifically cited the Guangzhou attack as a reason to take heed. Such rhetoric is hardly designed to reassure the public that China’s crowded railway stations are safe.

Of course, if authorities really do believe that a serious terror threat exists, these would be well-intentioned and responsible steps to take. But in the absence of a well-defined public threat, they merely serve to heighten a paranoia that further marginalizes the individuals and groups - in this case, Xinjiang’s repressed Uighurs - who are presumed to be responsible for the attacks. It’s time for the Chinese authorities to reveal much more of what they know about what is increasingly looking like a long-term terrorist problem. A good place to start would be a detailed report about whether Tuesday’s attack should be included as evidence of that threat or not.

By Adam Minter, American writer based in Asia