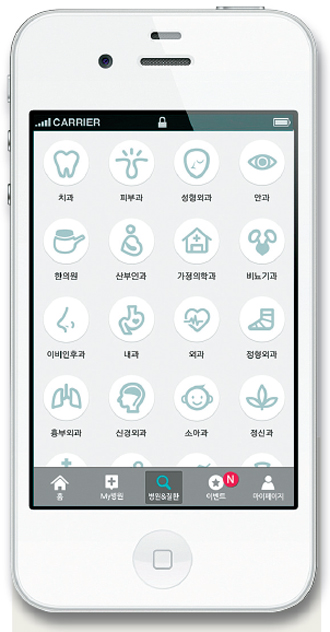 Big data, which has been regarded as the purview of large corporations, is becoming pervasive in daily life with the emergence of mobile apps that gather information on ordinary activities.

Mobile apps are playing a big role in accumulating digital information individuals produce and processing it into big data.
The so-called data maker apps that accumulate and analyze our daily activities, such as hospital visits, working hours and instant messages, which we easily overlook, can help individuals by reminding them of behavior patterns or providing information about other people. They can also reduce the need for taking notes constantly.

According to a report by EMC Digital Universe, the amount of digital information around the world is about 1.8 zettabyte this year and it is expected to double each year.

The app named Text At analyzes the content and format of instant messaging via smartphones and gives users advice on relationships with people or their love life.

The app launched the service by analyzing 600 million instant text messages among 100,000 people.

A 34-year-old office worker surnamed Kang finally tied the knot, ending her long single life, thanks to big data provided by Text At.

Kang was able to go out with the man who would become her husband, whom she met on a blind date by using the app that analyzes and reads people’s feelings.

When a user inserts Kakao Talk conversation with a specific person into often-used Text At, the app ranks the messages by affection and intimacy.

It also analyzes oft-used vocabulary, expressions and interests of the person and the user by reading the conversations and also compares their current emotional states with weekly and monthly emotions.

It analyzes the topics they often talk about, whether there are more nouns or adjectives in the conversations and the length of text messages to determine intimacy between girlfriends and boyfriends 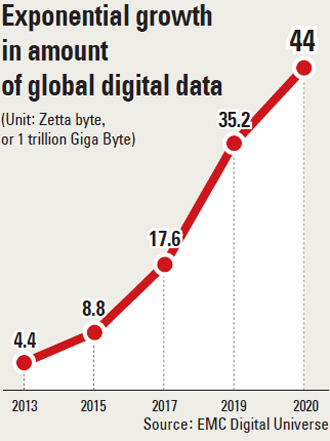 For many people, it is not easy to remember when they visited hospitals and which doctors they went to see unless they always make notes. It is particularly difficult when they visit different hospitals.

MediLatte, launched by AD Ventures, shows users the names and dates of the hospitals they have visited through data collected by users and the Health Insurance Review Agency.

With the app, users can also search for 58,000 hospitals as the app provides records of user visits.

When users visit hospitals affiliated with MediLatte and tell them their MediLatte ID, the hospital will be marked as the one they visited on the app and they can receive a portion of uninsured medical fees as points, which they can use at the hospitals later.

When they click hospitals, they can also check information about medical teams and doctors, as well as view doctors they have visited.

Information on the hospitals can be checked by clicking the visited hospital icon, and they can bookmark hospitals they visit often.

In addition, as the app provides tailored information that is updated in real-time according to user locations and specific benefits, users can find the best hospital at any time and any place.

There also is another app that records the time users go to work and when they leave work and produces data from it.

Nightshift Clock allows users to save GPS locations along with the time of arrival and departure from work.

By clicking a “Leaving work” button on the app, the app automatically records how many hours they have worked that day.

Users can save the working hours recorded by the app onto smartphones, and can also send the data to their email, Facebook and Twitter accounts.

The app is free for download at Google’s Android app market Google Play.

Workers can save the data and use it later as legal evidence for receiving benefits for overtime hours from the Ministry of Labor or their employers.