‘We Got Married’ switches up cast

‘We Got Married’ switches up cast 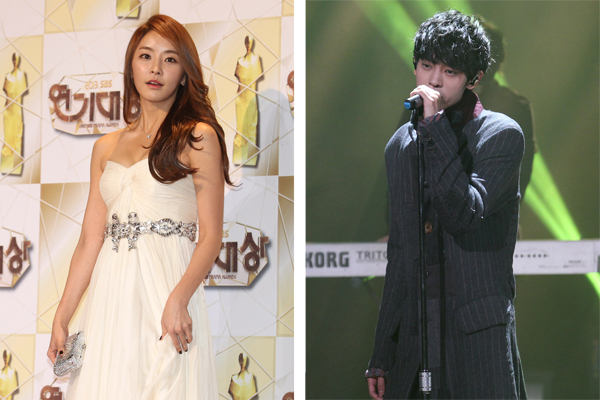 MBC reality show “We Got Married” will be reshuffling its cast, as singer Jung Joon-young and actress Jeong Yu-mi leave the program in June.

According to the broadcaster on Friday, the couple has already completed its final shooting schedule, ending an eight-month fictional marriage.

The show started in spring 2008, and has since paired up celebrities, ranging from K-pop icons to comedians, to show what the stars’ married lives would be like.

Since they first appeared in the show last September, Joon-young and Yu-mi have gained considerable attention, but many viewers noted that they do not have the same chemistry as famous couples from previous season of the show.

Many agreed that the most beloved duo on the show was Jo Kwon and Son Ga-in, K-pop idols who showed friendship and a hint of romance during their appearance in the second season.

Aside from Jo and Son, Nichkhun of 2PM and Victoria of f(x) also had fans from both Korea and overseas.

After leaving “We Got Married,” Jung Joon-young, who rose to fame on the Mnet audition program Superstar K in 2012, will continue his career in the KBS reality show “2 Days and 1 Night.”