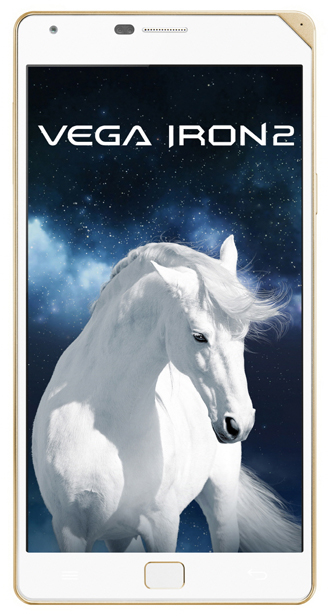 Smartphone makers have been lowering the prices of their latest devices as Pantech, the nation’s smallest smartphone manufacturer, yesterday released its flagship Vega Iron 2 for 783,200 won ($764).

The company launched the phone on Thursday at a press conference and it was for sale in stores yesterday.

The price is slightly lower than originally predicted, at only 712,000 won before tax.

Market observers said Pantech might have priced the smartphone lower than expected because the company, which recently entered the second round of a debt workout program, is determined to ensure financial liquidity even if it must forfeit a certain amount of product margins.

Considering the investment Pantech made in new technologies, features and designs for the phone, it is relatively cheap, according to market analysts.

The Vega Iron 2 is made of metal, making the cost of production especially high, because of the technology needed to process the material. The price is 170,000 won less than the Vega Secret Up, a previous model.

LG Electronics is planning to launch its G3 at the end of May. The G3 will have a 5-inch quad high-definition (QHD) display and a 13-megapixel camera.

“Although it is a high-end smartphone, it will not be sold for a high price as before, in order to gain competitiveness in the market,” said a local market observer.