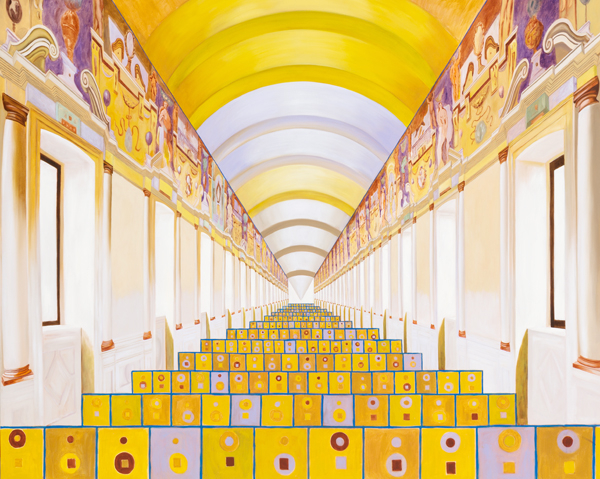 Some artists and critics are skeptical about art competitions, citing the difficulties and limitations of evaluating fine art. Still, they are one way to effectively help people recognize noteworthy and emerging artists.

Among major local art awards are the Korea Artist Prize, co-sponsored by the SBS Foundation and the National Museum of Modern and Contemporary Art (MMCA), and the Hermes Foundation Missulsang, which is granted by the French luxury brand Hermes. And now, the Samsung Museum of Art has joined the movement with its ArtSpectrum Award.

From this year, artists up to the age of 45 will be invited to exhibit their works as ArtSpectrum Award finalists at the museum’s Leeum branch near Itaewon’s main street in central Seoul. One will be selected as a winner and given 30 million won ($29,400) in prize money. The champion artist will also earn the right to hold a solo show at the museum’s Plateau Gallery branch near City Hall Station, central Seoul. 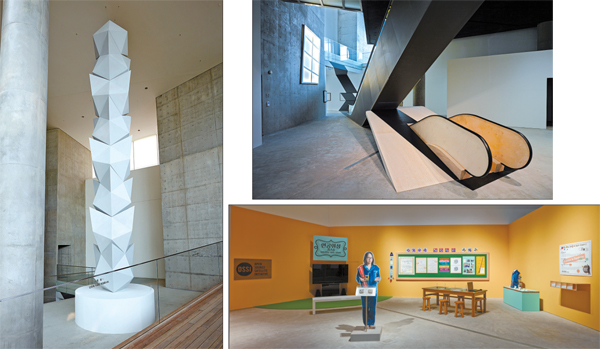 This year, the Leeum’s curators cooperated with various art critics and curators from other institutions to select 10 finalists.

“Each of the 10 artists has his or her own story, as reflected in their varying subject matters and interests, which range from parental relationships to political and economic systems,” the museum said in a statement.

Among the 10 artists, Song is perhaps best known to the public, as he successfully launched a satellite into space last year using publicly available information. In this exhibition, he presents objects and documents related to the “Open Source Satellite Initiative,” with a dose of humor.

Through the five-year-long project, he disproved the common idea that it is the state’s job - not an individual’s - to launch a satellite. “Song questions the legitimacy of the government’s control on scientific and technological information in the name of patriotism and national defense,” the museum said in a release.

Some other works at the exhibition also break social conventions and common ideas in original and comic ways.

On entry to the show, viewers will spot a carpet stretched across the floor of the exhibition hall, heading up the wall and towards the ceiling. They will also see an artificial wall and an entrance to a fake downward escalator, which looks very similar to the adjacent real escalator, causing confusion and encouraging questions about conventional spaces as a result. These are site-specific works by Kim.

Between 2 p.m. and 4 p.m. every day at the museum, attendees will encounter an unusual tour guide with loud, rhythmic footsteps. She is a performer hired by artist Park Bo-na.

“Rather than merely fulfilling her typical role as protector and educator, the performer dictates the rhythm of the gallery by the clicking of the metal tap on her dancing shoes,” the museum said. “Park’s art practice involves relocating social situations in the art realm to overturn the status quo with wit and humor.”

Among the other artists is Lee Wan, who talks about the value of labor in a video and related installation works that record his time toiling on a Taiwanese sugar cane farm. And Sim Rae-Jung’s animated film, created with her own drawings and shown on three video channels, leads viewers to the familiar - and always touching - theme of “mother.”

The other participants are Chang Hyun-joon, who presents installation art and performances; Chun Young-mi, who shows sculptures; Chung Hee-seung, who presents photography and installations, and Jenny Cho, who exhibits paintings.

Meanwhile, the organizers of the Korea Artist Prize and the Hermes Foundation Missulsang recently announced their finalists.

The four shortlisted for the Korea Artist Prize are Koo Dong-hee, Kim Shin-il, Noh Sun-tag and Chang Ji-a. The artists, all in their early 40s, will show their works at MMCA Gwacheon, Gyeonggi, beginning in August.

The three finalists for the Hermes Foundation Missulsang are Yeo Da-ham, Jang Min-seung and the duo Sulki & Min. Their exhibition will start around July at Atelier Hermes in southern Seoul.

*The ArtSpectrum 2014 exhibition runs through June 29. Admission is 6,000 won for adults. A day pass that includes admission to the permanent exhibition is 12,000 won.