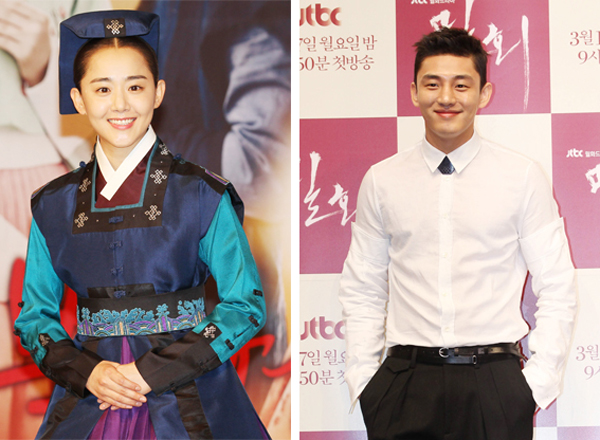 “Yoo has been deliberating over starring in the film for a while,” noted an official from the film’s distributor, Showbox, to local media.

Besides Yoo and Song, actress Moon Geun-young, 27, is rumored to star as Lady Hyegyeong, portraying the complex feelings she experienced after her husband, Prince Sado, is killed because of the pressures of her own father’s political sect.

Moon’s agency, Namu Actors, nonetheless refused to give concrete answers about the upcoming movie because there are still some details that it needs to discuss with the production team. “The film might be Geun-young’s comeback to the big screen after eight years, so we want to make everything is perfectly arranged.”