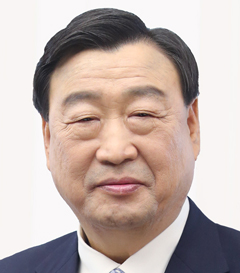 Just two months after being recruited by LG International as vice chairman and CEO, the former Minister of Commerce, Industry and Energy turned in his resignation.

According to the company, Lee Hee-beom has stepped down for personal reasons.

The resignation comes at a time when prosecutors are working on an investigation of embezzlement and bribing government officials by STX Group that led to the indictment of its founder and former Chairman Kang Duk-soo earlier this month.

Lee worked as the chairman of STX Energy and STX Heavy Industries between 2010 and 2012.

Lee served as commerce, industry and energy minister between December 2003 and February 2006.