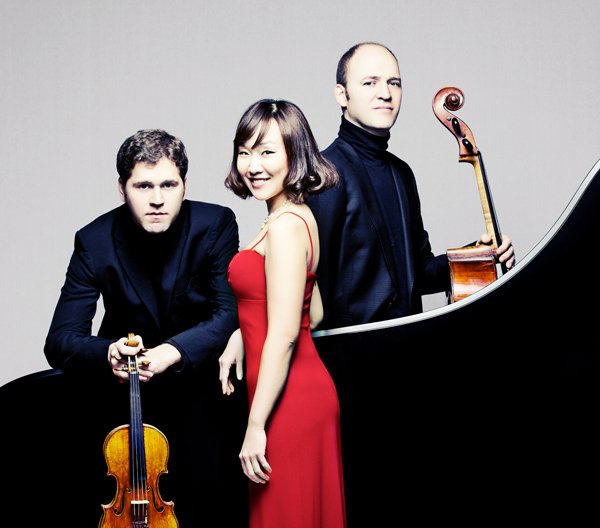 Spain’s Beethoven-influenced Ludwig Trio is coming to Korea for the first time on May 29. Provided by the organizer

Beethoven fans can anticipate seeing the Ludwig Trio from Spain in concert, as they’re coming to Korea for the first time. Composed of brothers Abel Tomas on violin, Arnau Tomas on cello and Korean pianist Lim Hyo-sun, Ludwig Trio, as the name hints, is known for its in-depth study of Ludwig van Beethoven’s Piano Trios.

Formed in 2009, the three are in residence at the Theatro Principal de Sabadell in Spain, interpreting Beethoven’s piano trios until they finish his entire oeuvre. The trio’s first recording, which was Beethoven’s Piano Trios Op. 1 No. 1 and No. 7, Op. 97 received praise from listeners and critics internationally and was named Best Album of the Year by music magazine Scherzo in Spain.

The brothers are both founding members of the Cuarteto Casals, a Spanish string quartet, and are professors at Escuela Superior de Musica de Catalunya, or Catalonia College of Music.

Lim, a winner of numerous international competitions such as the Queen Elisabeth International Competition of Brussels, Belgium, is known for her collaborations with Hilary Hahn and Mischa Maisky.

For the Korea concert, the Ludwig Trio will perform Beethoven’s piano trios, as well as other works that were either influenced by or influenced the great German composer, including Mozart’s Divertimento in B flat Major; Beethoven’s Trio in C minor Op. 1 No. 3 and Trio No. 1 in B Major Op. 8 by Johannes Brahms.