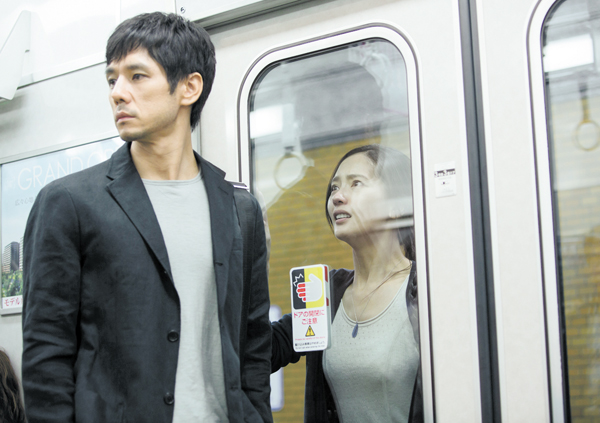 Hidetoshi Nishijima is a multifaceted actor who has played a variety of roles, from an everyday salary man to a cold-blooded detective to a masochistic hero.

Having launched his career in the early 1990s, the Japanese star has risen as one of the most respected television actors of his time. But outside of TV, Nishijima has appeared in more than 50 films throughout the past few decades.

After working on an international feature under Iranian director Amir Naderi, the 2011 film “Cut,” Nishijima jumped on board the Korean-Japanese work “Genome Hazard.”

The 42-year-old actor teamed up with Korean writer-director Kim Sung-soo to portray a man who has become alienated from his own memory. 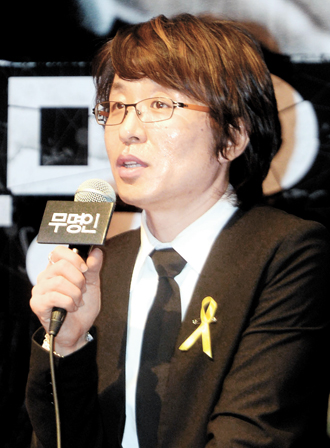 Kim Sung-soo, 42, said he sent a “love letter” to Nishijima to cast him in his new thriller. [Newsis]

“When it turned out that my film would be a collaboration project of Korean and Japanese staff, the first person that came to mind was Mr. Nishijima,” Kim said, while beaming at the actor during a press conference held in Gwangjin District, northeastern Seoul, on Tuesday.

“I must say that I was very impressed with the director’s ‘love letter’ suggesting the main role should go to me,” Nishijima recalled.

“Because I could easily sense his love for the film, I couldn’t help but join his team.”

Based on Shiro Tsukasaki’s novel of the same title, “Genome Hazard” is a mysterious tale about genius chemist Taketo Ishigami (Nishijima), who discovers the body of his wife in his apartment on the couple’s first anniversary.

The protagonist becomes even more puzzled when his wife, who seems to be dead in front of him, calls to say she’s doing just fine.

Unable to comprehend his own thoughts, Ishigami then encounters men reminiscent of Agent Smith from “The Matrix,” who force him to follow them to an unknown area for interrogation.

Although unable to figure out who he’s been chased by, Ishigami’s intuition tells him to run away. He storms into a random sedan in downtown Tokyo and finds his savior, Korean journalist Kang Ji-won (Kim Hyo-jin). Together, they try to unravel the meaning behind his memories, and as they get closer to the truth, it is revealed that a deep conspiracy surrounds Ishigami.

Nishijima has put together a great ensemble for the film by choosing Kim Hyo-jin, but there is a lack of romantic chemistry between the leads. Instead, the pair appear more like buddy cops, with each star showing surprising fluency in acting in a foreign language.

As the story unfolds, viewers will face trouble determining whether Taketo Ishigami is a reliable narrator. Ishigami’s memory of his previous life seems a mish-mash, but there is no one to testify what the truth is. Overwhelmed, he desperately tries to establish the facts but is constantly troubled by the questions mounting about his own self.

It will not take long for local filmgoers to realize that Kim’s new film does not follow the typical grammar of Korean thrillers, which are known for their often rough, blunt messages.

“Genome Hazard” rather conforms to the Japanese way of storytelling, which has been criticized on occasion for being too didactic.
For viewers seeking a blockbuster that goes well with a box of popcorn, the 120-minute story wouldn’t be the best choice. But the core message of the story will resonate with today’s Koreans.