Apologizing for a stolen generation

Apologizing for a stolen generation 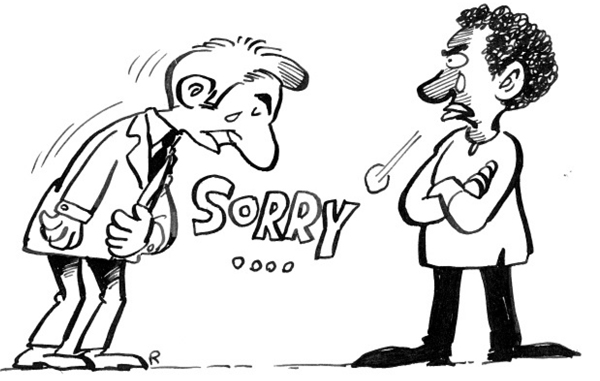 Australia maintained the White Australia policy between 1901 to 1973, keeping non-white immigrants out of the country. After the gold rush, cheap labor from China flooded Australia, and as the white workers’ wages were threatened, the discriminatory policy was introduced.

However, as workforce shortage became acute, the government turned to mixed descendants of Australian Aborigines and Caucasians. In order to make these children “white,” they were removed from their families and taken to white foster homes or shelters. It was a merciless, inhumane crime. These children who were taken away from their parents and brought up by white people are called “the Stolen Generation.” When they reached adulthood, they struggled with identity crises and depression, and their suicide rate was very high. The state-orchestrated crime continued for nearly 70 years and became a serious social issue.

The 1997 report “Bringing Them Home” by the Australian Human Rights and Equal Opportunities Commission shocked citizens and discussions for an apology and compensation began. The following year, Australia unofficially designated May 26 “National Sorry Day” and expressed regret over the removal of Aboriginal children.

However, expressing regret was not enough, people thought, and offering an official apology and compensation became a political issue. In 2007, it was the most controversial topic during the Australian election.

Prime Minister John Howard of the conservative ruling party refused to apologize, and Labor Party candidate Kevin Rudd promised that he would apologize if elected. Rudd defeated Howard, and the day after the inauguration on February 13, 2008, the newly-elected prime minister delivered an apology to the indigenous Australians for the Stolen Generation on behalf of Parliament and the Australian government on live television.

Prime Minister Rudd said, “Today we honor the indigenous peoples of this land, the oldest continuing cultures in human history. We reflect on their past mistreatment. We reflect in particular on the mistreatment of those who were Stolen Generations - this blemished chapter in our national history.”

His apology was a giant step in Australia’s efforts to reflect on its faults. Although compensation has not been offered yet, the apology is a living example that a new future is only possible when mistakes of the past are acknowledged, apologized for and properly compensated for with sincere words and will.