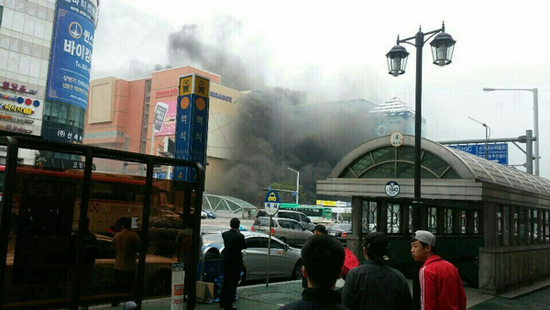 Fire broke out at a bus terminal in Gyeonggi today, killing five people and injuring at least 20 people.

The blaze took place at the underground construction site of Goyang Bus Terminal at around 9:10 a.m., according to a fire station in Gyeonggi. The fire was extinguished in 20 minutes.

The fire station said that the fire appears to be caused during the welding process while construction is underway.

One of five dead bodies was found near a toilet in the construction site.

Authorities are investigating the specific cause of the accident.

The event took place at a time when Koreans are conscious about safety and the management of emergencies following the sinking of a ferry last month that left 304 people dead or unaccounted for.