Rodgers to stay on at Liverpool long term

Rodgers to stay on at Liverpool long term 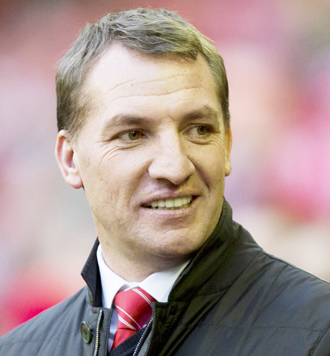 Brendan Rodgers signed a new long-term contract as Liverpool manager on Monday, a reward for reviving the fortunes of one of England’s biggest clubs during his two years in charge at Anfield.

The 41-year-old Northern Irishman has proved a perfect fit at Liverpool since taking over from Kenny Dalglish in the summer of 2012 and steered the team to an unexpected title challenge in the Premier League last season.

The Reds came up short, finishing two points behind Manchester City in second place, but secured a return to the Champions League after a four-year absence and earned admiring glances for their vibrant, attacking style of play.

It has prompted Liverpool’s American owners, Fenway Sports Group, to give Rodgers a fresh contract.

“We’ll now move into the next phase,” Rodgers said. “We’re into the Champions League. Our dream and goal is to win the Premier League - that’s what we want to do.

“The objective for me was to try to get Liverpool established again as one of the leading clubs in European and domestic football and we’re on course for that. We’ll look to move forward again next season and over the coming seasons.”

Exact details of the new contract were not disclosed.

Rodgers, hired after Liverpool finished a lowly eighth in the 2011-12 season, has impressed in almost every facet of his job - on and away from the pitch.

He is extremely popular with fans for his style of football, his tactical awareness, his insistence on giving youth a chance and for breathing new life into a club that has suffered in recent years under the weight of financial and ownership problems.

He also is well versed in the club’s storied history, conducting himself perfectly in all the engagements that have come with the 25th anniversary of the Hillsborough Stadium tragedy in which 96 Liverpool fans died during a crush at an FA Cup semifinal.

The media-friendly Rodgers, meanwhile, has demonstrated that he has a tougher side to him, earning wide praise for the way he handled Luis Suarez last summer when the team’s star striker pushed for a move away from Liverpool.