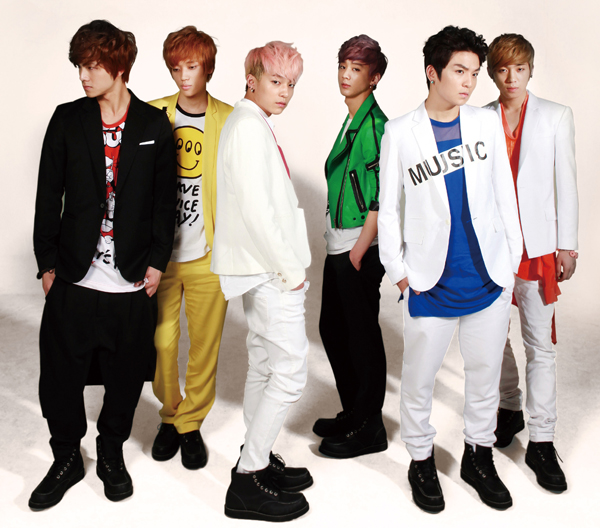 Six-member boy band Teen Top will return with a new mini-album in July, hoping to win the accolade of best summertime song of the year, according to a local media interview with their agency, T.O.P. Media, yesterday.

“We’ve already chosen the lead-off title, so fans will be able to check out their new single by the second week of July,” said a company official, adding that the group’s new album will be filled with melodies that are easy to sing along to.

After the release in October of the repackaged album “Teen Top Class Addition,” the group hasn’t been very active on television. Rather, the group launched its world tour “High Kick” in Japan in February and has since staged performances in Seoul, Los Angeles and Toronto.

On June 15, the group will head to Taiwan and will then fly southwest to sing in front of fans in Hong Kong at Asia World Expo Hall on June 28.

The agency also revealed that as soon as Niel, 20, comes back from shooting the SBS entertainment show “Law of the Jungle” in the Indian Ocean, the six men will start shooting for their album cover.