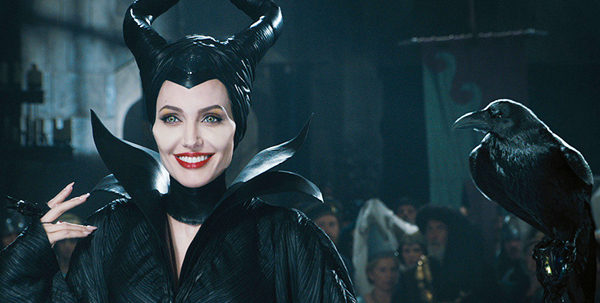 Last year, Disney redefined “true love,” and although what it taught us was an obvious lesson, it signaled a shift in the way the movie maker tells its stories.

Just a few months after the “Frozen” craze, Disney is about to teach us a few more lessons with its newest dark tale “Maleficent.”

By putting the focus on the evil fairy behind Sleeping Beauty’s enchantment, the obvious overarching lesson is that everyone has a story to tell.

Or, to be more precise, every evil being has reasons behind their actions.

The second lesson, in tandem with the first, is that even supposedly good people can have a skeleton or two in their closets.

And thirdly - possibly ironically undoing the first two lessons - is that typecasting can work wonders.

Disney first brought the 600-year-old fairy tale of Maleficent to the big screen in 1959 through the animation “Sleeping Beauty,” and not all that much was known about the mistress of all evil.

It turns out, though, that she has legitimacy behind her anger. To cut a long story short, Maleficent is a woman scorned.

With a somewhat justified vendetta against Aurora’s parents, Maleficent (Angelina Jolie) puts their child (played by Elle Fanning) under a spell that will see her die from the needle of a spinning wheel before she turns sixteen.

And in the 21st-century revision, Maleficent throws in the antidote, “unless she gets her true love’s kiss.”

When an optimistic individual points out that a young smitten prince may be the answer to Aurora’s predicament, Maleficent is quick to retort that “there’s no such thing” and that she added in the remedy because this does not exist.

Romance takes a back seat in this hybrid animation film while nature, fairies and the juxtaposition of good and evil take center stage.

For the most part, crucial moments from “Sleeping Beauty” are left intact, but the bizarre relationships shown in the film will leave you wondering whether or not it’s worth revisiting the cartoon to see what innuendos you might have missed as a child.

Of these relationships, the most interesting is the one between good and evil: ditzy, naive Aurora and Maleficent.

The latter’s strong distaste for man, which grows over time, is on par with her maternal instincts toward the victim of her spell, whom she watches closely.

When the three fairies entrusted with the task of raising Aurora mess up time and time again, it is Maleficent who keeps more than an eye out for the princess she has cursed.

There’s a fine line between love and hatred, and it’s quite a spectacle watching Jolie walk that line.

In part, the film works because of the off-screen rumors about Jolie that add a sense of realism to her turn in the titular role.

Long known for her love of children, it’s not exactly a stretch for viewers to imagine Jolie choosing to spend time with a child rather than attend a star-studded party accompanied by some important man.

Jolie’s take on this enigmatic character who has a soft spot for kids is a narrative that many people have bought into before. The film may even be the best piece of PR that Jolie has had of late.

At times, the ineptness of the baby-sitting fairies, the King’s lack of rationale and the preachy aspects of the film yield a mish-mash where too much is going on with not enough explanation.

But with Jolie appearing in the majority of the frames, these are minor details. The actress has professed her fondness for her character, saying that she was won over by Maleficent from a young age.

And it’s not hard to see why. Sassy, cool, clad in black, on the warpath with men, sometimes tender, consistently smoldering and captivating, Maleficent is Jolie, and Jolie is magnificent.