U.S.’s Campbell sees evolution in world’s view of ‘one Korea’

U.S.’s Campbell sees evolution in world’s view of ‘one Korea’ 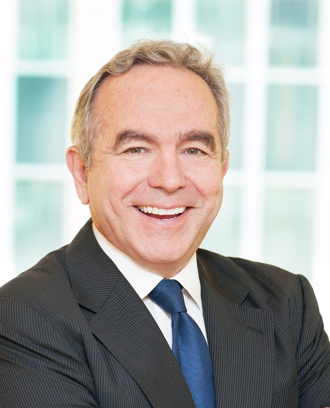 Kurt Campbell, U.S. assistant secretary of state for East Asian and Pacific affairs from 2009 to 2013, said that more pressure can be exerted on North Korean to denuclearize through sanctions while lauding South Korea’s emerging leadership on the issue.

“The greatest, most diplomatic achievement of China is the concept that there is one China, and that anyone that stands in the way of the division of the Chinese people would be working profoundly against the interest of China,” said Campbell in an interview Wednesday on the sidelines of the JoongAng Ilbo-CSIS Forum in Seoul.

“I think what is beginning to happen in Korea is a deeper recognition that in fact there is one Korea,” he told the JoongAng Ilbo. “And that ultimately the direction of history drives us to the inescapable belief and conviction that there will be one Korea and that it will be manifested in the remarkable achievements of South Korea.”

Campbell, CEO of The Asia Group, a strategic advisory and investment group specializing in the Asia-Pacific region, is credited as being one of the key architects of the U.S. “pivot to Asia” policy, though he modestly denies the label. He is the 2013 recipient of the Department of State’s Secretary’s Distinguished Service Award, the United States’ highest diplomatic honor.

Q. Some say President Barack Obama’s North Korea policy is not working and the sanctions are not effective. Do you agree?

A. First of all, there are many measurements of success. It is clear and true that the ultimate determination of success would be change in North Korea. But I also think that there are some corollary positives associated with our policy. First, the alliance between South Korea and the U.S. is very strong. North Korea is generally contained and is internationally isolated. I think the relationship between North Korean and China is under some strain. And ultimately, we have been able to restrict some of its activities in the Middle East with regard to the proliferation of missiles and under capabilities. I personally believe that in fact there is much more that can be done with regard to sanctions, and that if we look closely at the kind of sanctions that we have implemented with regard to both Iran and Myanmar, there is much more that can be done with respect to North Korea, primarily with respect to financial institutions and financials encounters.

China’s policy on North Korea I think is increasingly out of step. They are seeking to, in some ways, ignore them diplomatically but support them commercially and economically. What we would prefer would be the reverse. More diplomatic attention but less commercial and economic support behind the scenes.

My personal view is that what we have seen is some major innovations in thinking about the Korean Peninsula in Asia, and South Korea in particular. In the past, behind the scene in certain capitals, there has been some ambivalence about the idea of unification, that in fact some states might regard a divided peninsula as in the best strategic interests of their country.

Do you see some meaningful changes in China’s policy toward North Korea?

I hope I didn’t say Chinese thinking or approach has changed fundamentally. I don’t believe they have. I think they have changed subtly.

I think the Chinese leaders entertained hope for decades that they could provide a model for how North Korea can evolve: authoritarian-led development of the kind that China practiced in the early 1980s .?.?. I think that most senior Chinese thinkers and strategists now believe that North Korea is no longer taking steps that are in the best interests of China, that North Korea’s actions have created a security atmosphere that is negative for China and that it has provided the rationale for stronger American strategic engagement in the region for reinvigoration of alliances and for American military activities close to Chinese borders.

And there is a greater sense of North Korea not being some historical, treasured friend from a period of past sacrifice but an increasingly inconvenient actor making it difficult for China to assume its role in the 21st century.

What do you suggest for the South Korean government to achieve that kind of image of one Korea?

I believe that process is already well under way. And one of the most important ingredients in that effort is the diplomacy that is taking place between South Korea and China. I would say that in a Northeast Asia that is fraught with uncertainty and difficulties, the most important positive development that has taken place in recent years is the diplomacy between South Korean and China. And it has built greater trust between the two countries.

Usually the Americans say that the U.S. should stay on the sidelines in regard to historical issues between Japan and South Korea. But you have argued that the U.S. has to take a more definitive role in facilitating a relationship between the two countries.

I think that the conventional wisdom is that the U.S. has nothing to gain and everything to lose by involving itself more directly in these issues. But I think those sentiments are out of place in the current environment. I think left to their own devises, Korea-Japan relations could descend much further. In truth, we have seen President Obama speak out clearly and decisively on issues associated, for instance, with the comfort women, and I think his position is exactly right here. We want very much for there to be a recognition on all sides about how sensitive this issue is.