Anticorruption bill is one hot potato

Anticorruption bill is one hot potato 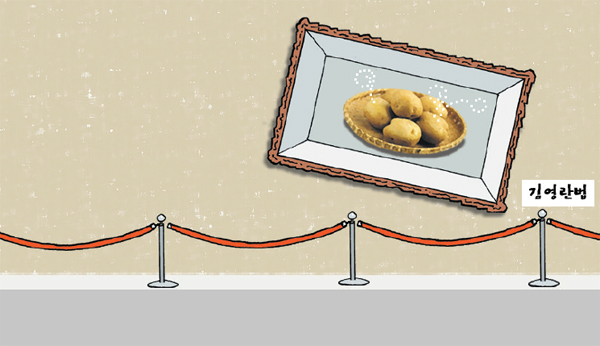 Despite the assurances of both the ruling and opposition parties, the National Assembly failed to approve the so-called Kim Young-ran Bill that would crack down on bribery and conflict of interest involving civil servants.

The subcommittee for legislation of the Assembly’s National Policy Committee had three review sessions and merely expanded the range of civil servants who would be affected by the bill if it were to pass. It was a sloppy operation that ended up destroying the measure. If the scope of the legislation becomes too wide, the law is more likely to be abused. And politicians are blaming one another for the consequences.

The Kim Young-ran law would apply criminal charges to civil servants and employees of public organizations who receive money or entertainment of more than 1 million won ($981,600) regardless of whether or not they provide special treatment in return. The “bureaucratic mafia” is considered one of the causes of the Sewol ferry sinking, so the bill got a boost. President Park Geun-hye urged the National Assembly to pass the bill in her statement to the nation on May 19.

Can the ruling and opposition parties say they did their best to process the bill? In fact, the bill was submitted on Aug. 5, but never reviewed. The National Assembly said it couldn’t handle it at that time due to the Tongyang Securities crisis and the credit card information leaks. After the Sewol accident, the subcommittee met three times.

But the entire National Assembly didn’t seem so willing. Some suspect that the subcommittee intentionally expanded the bill to make it even harder to pass. On May 27, the subcommittee decided to amend the bill to include not just the national and public school teachers, but also teachers at private schools and kindergartens. It would also apply to all media employees, not just from government-funded media companies such as KBS and EBS. It will cover 18 million people in total. At this point, it applies to almost all economically active Koreans.

On May 28, Kim Young-tae, a Saenuri Party representative on the National Policy Committee, explained the possible side effects of the bill. If the brother-in-law of a ninth-grade civil servant working at a Youth Training Center receives a belt worth 100,000 won, he would be fined 500,000 won. Receiving a gift certificate worth more than 1 million won could mean criminal punishment.

*The author is a political and international news reporter of the JoongAng Ilbo.