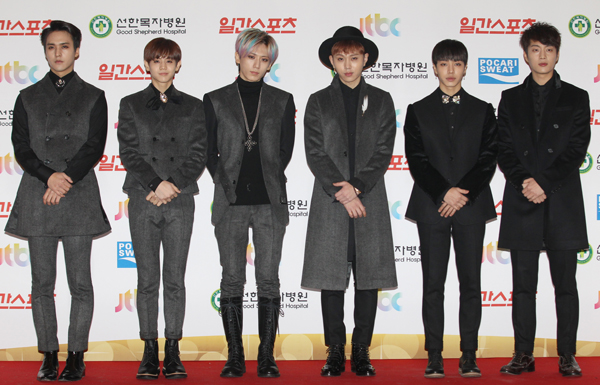 The track list for the seven-song album was posted on the group’s official Facebook account. The album will be released June 16, after the band’s yearlong hiatus from the local music scene.

The lead track was composed by Beast’s Yong Jun-hyung and professional composer Kim Tae-joo. The song tells a tearful story of a man who wishes the best for a girlfriend he recently parted with.

Member Lee Gi-kwang also participated in the making of the album by writing the lyrics and music for “History.”

Before Beast’s comeback, the group is planning to release a ballad from the album at an unknown date.